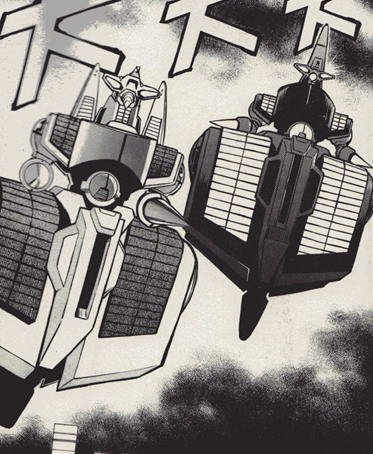 In this manga (which is a sequel to the Godzilla vs. SpaceGodzilla manga), two new MOGUERA units, MOGUERA II and III, are introduced due to their predecessor having been phased out. MOGUERA III is darker than MOGUERA II and has heavier armor plating. The two units are deployed by the U.N.G.C.C. in an attempt to stave off Godzilla's impending meltdown but are both damaged beyond repair due to the massive increase in power Godzilla had received as his meltdown began.

Range: Tens of meters by virtue of sheer size, several hundred meters to a few kilometers with Double Maser cannons

Retrieved from "https://vsbattles.fandom.com/wiki/M.O.G.U.E.R.A._II?oldid=5658606"
Community content is available under CC-BY-SA unless otherwise noted.