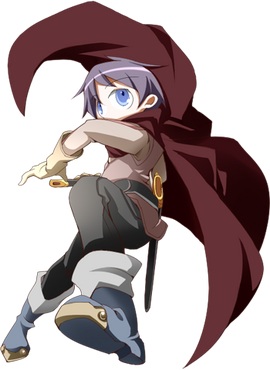 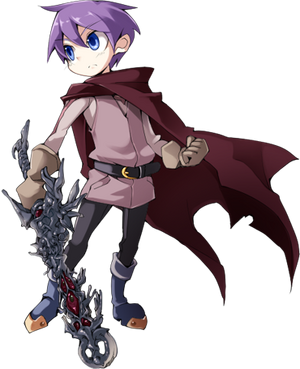 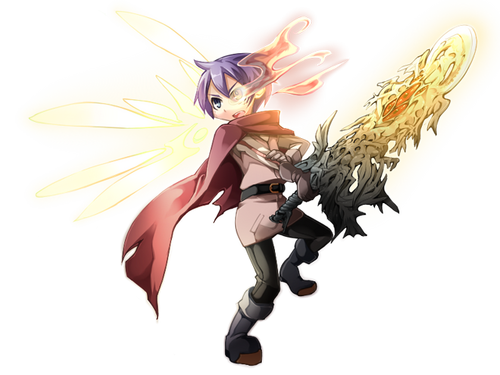 Luka is the main protagonist of the Monster Girl Quest! series. Despite having been raised in a village with a strong anti-monster bias, he grew up wishing to bring peace and coexistence between the two species. Despite his failure to get baptized by Goddess Ilias, he still decided to go on a journey to defeat the Monster Lord, unknowingly doing this trip with said Monster Lord.

Superhuman Physical Characteristics, Immortality (Type 8. Ilias will rewind time to before his death each time he dies, with Luka’s memories being intact, although it is implied to be caused by a system set in place by Ilias and can still work even if she is defeated)

All the previous abilities, plus Non-Physical Interaction (Can harm ghosts, non-existent beings, and even abstract beings through Angel Halo), Absorption (Angel Halo can absorb one's magical power, causing the opponent to weaken instead of dying), Soul Manipulation (Can absorb the souls of defeated enemies and damage soul-based beings), Void Manipulation (Angel Halo can potentially be used to completely erase enemies instead of just sealing them, including angels and gods), Sealing (An enemy defeated by Angel Halo will reduce to a sealed form instead of dying), Healing (Can heal physical and mental damage through Meditation), Regeneration (Mid-Low), Air Manipulation (Sylph allows him to control the wind, such as creating weak wind barriers or increasing his own speed), Statistics Amplification (Can increase his own speed through Sylph), Enhanced Senses (Can detect any disturbances within the wind, down to the smallest insect moving)

Lifting Strength: Unknown | Unknown | Class Z (Can lift his sword empowered by Gnome, which gives it the mass of the Earth) | Immeasurable (Can overpower angels)

Range: Extended melee range, hundreds of kilometers with magic (Comparable to other types of magic capable of creating earthquakes), planetary with Quadruple Giga, universal with the spirits

Intelligence: Genius in combat abilities (More skilled than the likes of Granberia and Heinrich. He was able to master Undine's powers in weeks, something that took years for Heinrich and Granberia to do), average otherwise (Noted to be stupid several times, although this mostly stems from his initial ignorance to the outside world)

Standard Tactics: His actions are mostly decided by player inputs, although he will mostly start by using his spirits and then uses his strongest sword techniques. He never uses Angel Halo to do anything more than sealing, as he refuses to kill.

Weaknesses: He is gentle-hearted and will not fight at his full power if he's fighting against someone he doesn't see as a threat towards peace and coexistence, albeit this less of a problem with Angel Halo. Somewhat naive and dumb at times.

John Egbert (Homestuck) John Egbert's Profile (End of Game Luka was used and John had access to his Retcon Powers. Speed was equalized)