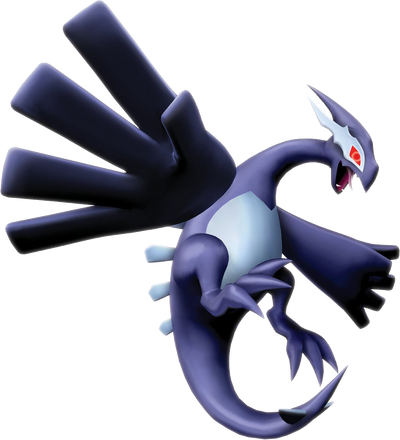 Lugia leads the Legendary birds, which consist of Articuno, Zapdos, and Moltres. When they fight over territory, Lugia is the only Pokémon that can quell their ceaseless fighting. Much like the birds, it possesses the ability to control the weather; most notably, it can calm and give rise to storms. It is said that a light flutter of its wings is capable of causing winds powerful enough to tear down cliffs. If it were to flap its wings, it could hypothetically spawn storms lasting as long as 40 days. It is highly intelligent, and because of the devastating power at its disposal and the devastation it could accidentally inflict, it isolates itself deep underwater and tends to sleep in solitude.

Tier: At least 6-B, likely higher

Attack Potency: At least Country level, likely higher (Can cause 40-day storms by flapping its wings)

Speed: At least Relativistic+, likely higher (Master of the Legendary Bird Trio and as such, is vastly superior to them)

Lifting Strength: At least Class K with telekinesis (Lifted a cargo ship directly out of the water and then carried it across an entire region before dropping it in the middle of the desert)

Intelligence: High, as it knows the history and the ramifications of messing with nature, it understands the thoughts and emotions of others, sensed the disturbance when Moltres was captured, indicating a strong intuition in relation to nature. Shadow Lugia's is probably much lower, as the process used to turn Pokémon into Shadow Pokémon brainwashes and turns them into (essentially) bloodthirsty berserkers.

Weaknesses: It has a gentle, almost pacifistic nature, and tends to hold back to avoid damaging the world. Is implied to have a tendency to lose control and go berserk if sufficiently provoked. Is weak to Electric, Rock, Ghost, Dark, and Ice Type moves.

Note: Also see here for a respect thread for Lugia. 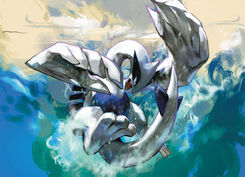