Lucy Heartfilia (ルーシィ・ハートフィリア) is a Mage of the Fairy Tail Guild, wherein she is a member of Team Natsu. She is the daughter of Jude Heartfilia, the founder of "Heartfilia Konzern", one of the wealthiest organizations in Fiore.

After Layla Heartfilia, her mother passed away, Lucy's relationship with her father became distant. She spent her younger years in loneliness and neglect until she decided to run away from home and join the Fairy Tail Guild.

Resurrection(she was able to resurrect a turkey), Transmutation (turned Elfman into paper), Age Manipulation (aged Gajeel), Biological Manipulation (With Real Nightmare she turned Exceeds into other animals, rejuvenated a living being and made people muscular), Time Manipulation (Was able to invert a waterfall, causing water to go up rather than down and' 'turned grape juice back into a grape), Attack Reflection (it can reflect attacks that target it back at the enemy), Matter Manipulation (With Real Nightmare, she made Zentopeia's houses disappear and created rocks in their place), Large Size Type 3 (Dwarfs the size of the zentopian church, which is at least comparable to small mountains), Magic Absorption (Its Chains absorb Magic power), Memory Manipulation (Its Chains also absorb memories)

Attack Potency: Small City level (Fought and defeated Bickslow. Her spirits are more or less comparable to Natsu and Gray) | City level (Her spirits clashed with Torafuzar and held back Jackal for a good amount of time. One-shot Jackal with her own power). Mountain level with Celestial Spirit King | Likely Large Mountain level (Comparable to Base Wendy. Fought against Jacob and damaged him somewhat, albeit with Natsu's aid. Managed to injure Brandish while she was holding back) | Large Mountain level (Stronger than before), higher with Star Dress Mix (One-shot Lisanna. Lightly injured Mirajane and Elfman)

Stamina: Very high (Took a beating from a casual Minerva for several minutes before falling unconscious. Took several of Jackal explosions even while weakened from opening both Loke's and Virgo's gates, and even after she managed to open a third gate)

Intelligence: High. Although lacking in martial skill and tactical acumen, she has consistently proven herself to be intellectually gifted and is possibly as intelligent as the likes of Levy McGarden, herself recognized as one of the most intelligent members of the Fairy Tail guild. Recognized that a drink offered to her by Bora was spiked, deciphered the magically jumbled writing of the Daybreak book, during the X784 Fairy Tail guild S-class promotion trials she managed to crack a puzzle which even the S-class candidate Levy did not.

Weaknesses: While she is able to fight on her own, she is considerably weaker and not very skilled in hand-to-hand combat. Gemini can only copy mages whose power is comparable to or weaker than Lucy's.

Celestial Spirit Magic (星霊 魔法 Seirei Mahō): Lucy practices Celestial Spirit Magic, which allows her to summon Celestial Spirits, magical beings residing in the Celestial Spirit World, using the Keys of their respective Gates. When summoning a Spirit, the Keys are enveloped with a soft, golden light. Once a contract has been made with a Spirit, such Spirit will be available for Lucy to summon on certain days, in which it will fight on her side and perform several tasks for her. Her Celestial Spirits have varying levels of power, with different ones being more suited for certain tasks than others, not necessarily related to battle. Some notable Lucy's Celestial Spirits are Aquarius (though currently Lucy can't summon her), Taurus, Cancer, Virgo, Sagittarius, Leo, Aries, Scorpio, Gemini, Capricorn, Crux, Holorogim, Lyra, Pyxis and Plue. 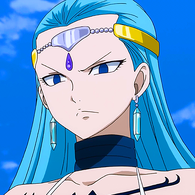 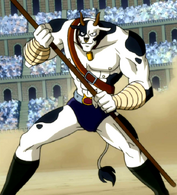 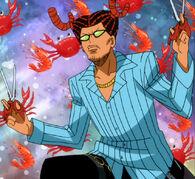 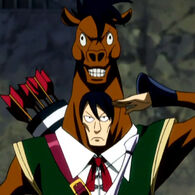 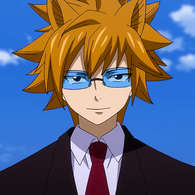 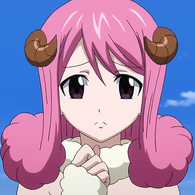 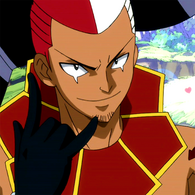 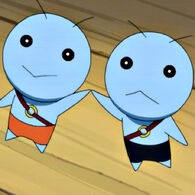 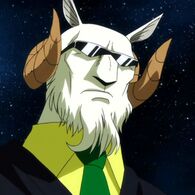 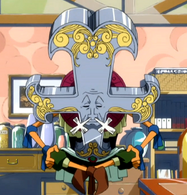 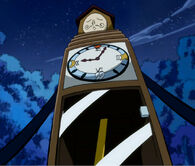 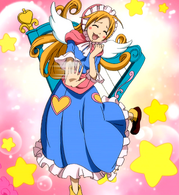 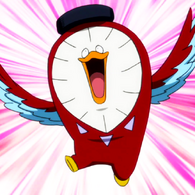 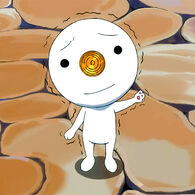 Plue
Add a photo to this gallery

Force Gate Closure (強制閉門 Kyōsē Hēmon): Lucy is able to force the gate of a Celestial Spirit to close against their will, prompting them to return to the Celestial Spirit World. Such skill would come in useful if one of her Spirits had been taken over by the foe through various means and was forced to attack her, allowing Lucy to remove them from battle without actually harming them. For a Celestial Spirit Mage, obtaining this ability seems to be a remarkable feat.

Force Gate Closure
Add a photo to this gallery

Multiple Summons: Lucy has gained the advanced ability to summon more than one Celestial Spirit at once: she has been even shown summoning all of her Gold Keys (5 of them at the time) and one of her Silver Keys (Nikora) at once, something which greatly astonished Loke; however, due to the large amount of Magic Power required for such feat, she was able to keep it active for just a handful of seconds. In the anime, this mass summoning is further enhanced, with Lucy calling forth all of her Celestial Spirits at once. After gaining access to Second Origin, Lucy gains a greater control over this ability, as seen during her fight with Flare, by learning to keep two Celestial Spirits gates open nearly effortlessly. This gives her greater flexibility as she is able to combine the aspects of Spirits' powers and abilities to form new and more powerful attacks. She can also use her own Magic in combination with another Spirit to increase the power of an attack. During her fight against Tartaros, Lucy managed to open three gates simultaneously, something which has been referred to as a forbidden technique.

Recompense Summoning (代償召喚術 Daishō Shōkanjutsu): A technique that only a Celestial Spirit Mage that can open three or more gates simultaneously is able to achieve in order to summon the Celestial Spirit King, the strongest among the Spirits, once. In order to save her friends, Lucy sacrificed the Gate of the Water Bearer Key as the sacrificed key needed to be of a Spirit she has strong mutual trust with. With much sadness, Lucy was able to summon the Spirit King and destroy Plutogrim.

Aqua Metria
Add a photo to this gallery

Regulus Lucy Kick
Add a photo to this gallery 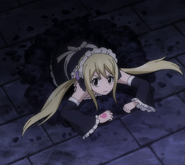 Spica Hole
Add a photo to this gallery

Lucy Punch
Add a photo to this gallery 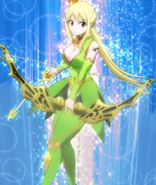 Star Shot
Add a photo to this gallery 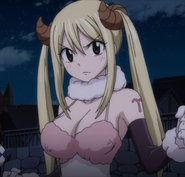 Aries Form
Add a photo to this gallery 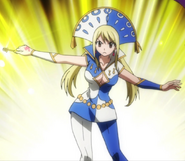 Gemini Form
Add a photo to this gallery 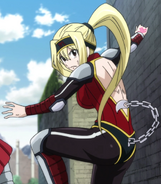 Sand Flight
Add a photo to this gallery

Cancer Form
Add a photo to this gallery

Capricorn Form
Add a photo to this gallery

Star Dress Mix (星霊衣 合成スタードレス ミックス Sutā Doresu Mikkusu): A technique that allows Lucy to combine her star dresses into one, which manifests itself in the form of a dress and a crossed keys tattoo at the back of her left hand with each key representing the Celestial Spirit Gate Keys of the Star Dress Forms that are being merging together. According to Lucy, when in this form, it is difficult to maintain or continue using the combined power of the two spirits and she can only do so in a short amount of time due to how powerful it is.

Lion Maiden
Add a photo to this gallery

Urano Metria (ウラノ・メトリア Urano Metoria): A powerful spell, known as the "Ultimate Magic of the Stars", in which the knowledge to achieve such was momentarily bestowed upon Lucy by Hibiki Lates through the use of his Archive Magic. After she was granted such spell, Lucy fell in a state of trance, in which she went on to chant out the spell's incantation. This prompted the area around her target to become full of star-like lights, followed shortly after by a dark blanket reminiscent of a night sky. All of the star-like lights explode at the same time, causing heavy damage upon the target. Once Urano Metria was cast, Lucy woke up from her trance, completely unaware of what she did. This spell was used to defeat Angel, a member of Oración Seis. It seems to be exhausting to cast, with Lucy claiming to lack the energy to move after waking up from the trance. During the Grand Magic Games, Lucy combines her Magic power with Gemini and together they cast this spell. However, the spell is canceled by another Mage before its effects can be seen. After receiving Aquarius's Magic from the Celestial Spirit King, Lucy is able to cast the spell on her own to defeat Jackal.

Urano Metria
Add a photo to this gallery

Fairy Sphere (妖精の球, フェアリースフィア, Fearī Sufia): Lucy used this spell by converting the Fairy Tail members and everyone on the continent bonds and faith into Magic Power. It is a Magic that will protect the Guild from any evil; an absolute defense Magic. However, "Fairy Sphere" also acts as a stasis chamber, and anyone trapped inside will not age. It's powerful enough to protect Tenrou Island and everyone on it from Acnologia's "Dragon's Roar," and to keep it sealed for seven years, as well as hold Acnologia's physical and non-corporeal bodies in place, when everyone in Ishgar provided magic power.

All Might (My Hero Academia) All Might´s Profile (speed was equalized. weakened All Might and x784 lucy were used.)