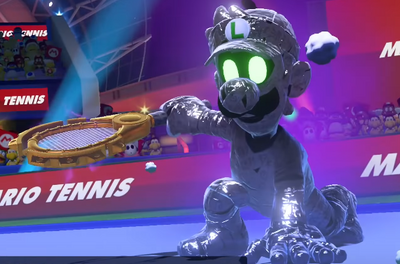 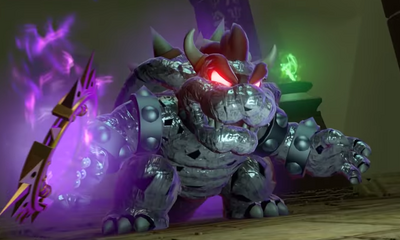 Lucien is the main antagonist of Mario Tennis Aces. It's a powerful and sentient racket that has the ability to control people. Several years ago prior, it was discovered by king named King Bask who wished to keep it for himself after hearing of its legend. However, once the racket was unleashed, it destroyed the entire kingdom. King Bask stripped it from its power and divided it into five Power Stones while sealing it in the Temple of Bask to prevent it from causing any further destruction, but the seal eventually expired over the years and easily possessed Wario and Waluigi due to their greedy motivation.

Attack Potency: Multi-Solar System level (Fought Mario and is capable of inflicting damage on him)

Speed: Massively FTL+ (Capable of reacting to and keeping up with Mario)

Stamina: Limitless (Has an endless supply of energy)

Intelligence: Unknown but appears to be very manipulative

Weaknesses: It needs all five power stones to be in full power

Retrieved from "https://vsbattles.fandom.com/wiki/Lucien?oldid=6178704"
Community content is available under CC-BY-SA unless otherwise noted.