VS Battles Wiki
Register
Don't have an account?
Sign In
Advertisement
in: Verses, Lord of the Rings, Book Verses,
and 2 more

Lord of the Rings

For detailed information about this series, visit Tolkien Gateway, or The One Wiki to Rule Them All.

The Lord of the Rings, also known as the Legendarium, is both an epic fantasy trilogy and colloquial name for the franchise as a whole that was created by J.R.R Tolkien, which includes said trilogy, a prequel, and a wide number of resources, compendiums, side-stories and addendums, as well as several other related stories within its main canon. Among these are The Silmarillion, The Unfinished Tales, the Tale of Beren and Lúthien, a Tolkien Bestiary, etc. These works could collectively be referred to as the Tolkienverse, although "Lord of the Rings," is by far more commonly used. The Lord of the Rings and Hobbit movies were both made into cartoon adaptations and two separate trilogies, the latter two being adapted by Peter Jackson. People often use the movie versions of the characters in debates, despite the fact that the novels are the original canon. Many video games spin-offs also exist, as well as a comic book adaption of the Hobbit.

Lord of the Rings takes place in the land of Middle-Earth, where there are humans and non-human races, such as elves, dwarves, hobbits, trolls, orcs, goblins, etc. The plot focuses around returning the One Ring to Mount Doom to destroy it before the Dark Lord Sauron reclaims it. LoTR is considered to be one of the defining works of modern fantasy, and helped inspire other fantasy worlds like Dungeons and Dragons, Final Fantasy, Sword of Truth, Warcraft, Warhammer Fantasy (which led to Warhammer 40,000), Wheel of Time, etc.

See here for a composite of all the Ainur

While the majority of the main cast are considered peak human at best, many of them are very skilled warriors, such as Aragorn (Who intimidated servants of Sauron), and Beren (Who cut a Silmaril from the Crown of Morgoth, the name given to a weakened Melkor).

However, the Ainur (Angelic beings) are far above them and are considered to be extremely powerful, immortal, non-corporeal beings, including the Maiar (Lesser powers, equivalent to angels) and the Valar (Greater beings, equivalent to pantheonic gods).

Their power seems to be greatly limited in their corporeal forms, but varies from the likes of the Balrogs (Lesser beings, even among the Maiar), who can damage large mountains at the least, and characters such as Varda, who lifted all the stars into the sky. Melkor, in his abstract form, was able to change the entire song that created the universe. There are also the Elves, the strongest of which can challenge Maiar and even weakened Valar, in their corporeal forms, like Fingolfin, who could challenge Morgoth.

Notable Elves include Galadriel, who destroyed a fortress made by Sauron (A Maia) and could hold of the Nazgul with her ring (Nenya); Feanor, who created the Silmirals, powerful artifacts containing part of the power of the Two Trees, the same power that fueled the light-devouring demon Ungoliant to the point where she beat Morgoth; Lúthien, who could put both Morgoth and Carcharoth to sleep, and weaken an enraged Sauron, who was, at the time the strongest Maia; and the aforementioned Fingolfin, who survived three blows from Morgoth and permanently crippled him.

Lord of the Rings also has many monsters, most notably the dragons, that can sometimes grow strong enough to defeat Balrogs. The most famous of these is Smaug, who overpowered two cities in a day, yet he is far weaker than the likes of Ancalagon, who was the size of a small country, or Glaurung, who could destroy a man's mind with his gaze alone.

Speed-wise, the majority of the verse is around Supersonic+ to High Hypersonic via scaling from the Balrogs, though the Valar have a Massively FTL+ attack speed feat, given that Varda, the queen of the Valar, lifted all the stars into the sky. In addition, Eonwe also has similar reactions for helping fight Morgoth, the greatest of the Valar. Lord of the Rings' speed tops out at Immeasurable, with the Ainur's true forms transcending linear time, and existing in the Timeless Halls, a place implied to exist beyond "the principles of matter, space and time". This is not to be confused with a place outside of time, like a timeless void, rather it is beyond time, or the basic time of a normal, 4-D universe, and is best likened to a higher temporal dimension, one of the requirements of Immeasurable speed.

The verse's hax is unimpressive for the most part, though it does have transmutation. The Ainur are also intangible and non-corporeal in their spirit forms. The majority of the verse's hax comes from the Ainur's true forms, which are intangible and non-corporeal, and have some decent reality warping/conceptual manipulation in that they created the physical laws of the universe and transcend it.

The highest power of the verse is delivered by the Ainur's true forms, with the lesser Maiar being considered High Universal for being lesser versions of the Valar and creating minor universal concepts, and the Valar just barely breaking into tier 2 at likely Low 2-C via scaling from Melkor. He is at least Low 2-C for affecting the entirety of the Anulindale, the music that created the universe. Though, since he also "spoiled" two other songs before he was stopped, he has a good chance of being 2-C. He also created the concept of discord.

Eru is the absolute god-tier of the verse, though his exact capabilities are unknown. What is known is that he vastly transcends the Ainur, who even Manwe, the second strongest of them, views as all-powerful. He is the source of all concepts and controls them, with the Ainur only being tools for making the world.

There are also many forms of magic in the series, though they are generally only alluded to, and not directly defined, being seen as more of a secret of an art than in most contemporary fictions. This magic is more often showed in artifacts like the aforementioned Silmirals or the palantiri(The seeing stones).

The Fellowship of the Ring 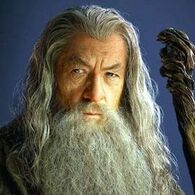 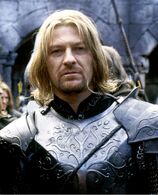 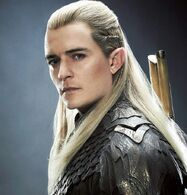 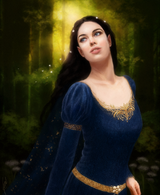 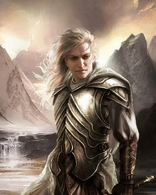 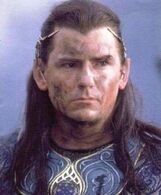 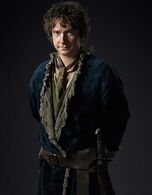 The Witch-King of Angmar 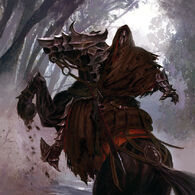 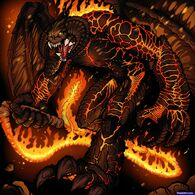 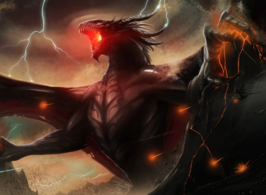 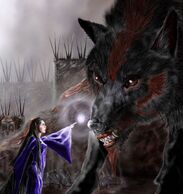 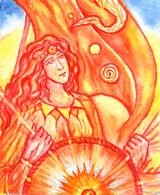 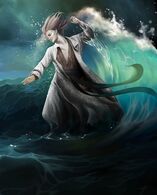 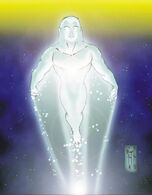 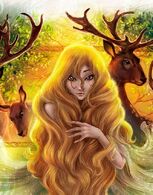 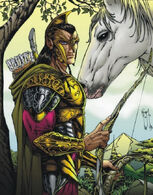 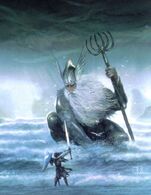 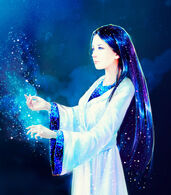 Servants of the Valar 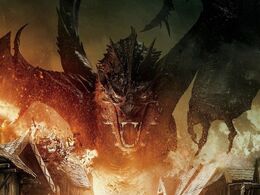 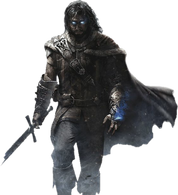