VS Battles Wiki
Register
Don't have an account?
Sign In
Advertisement
in: Tier 9, Tier 9-C, Tier 9-B,
and 22 more 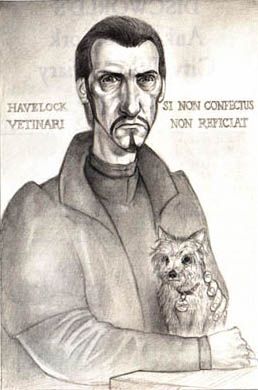 Lord Havelock Vetinari has been the patrician and supposed-tyrant leading Ankh-Morpork, City of a Million Souls, for the past several years. He is renowned for his frugal lifestyle, cutting an imposing personality and political capability, and his ability to make the city truly work. He achieves this final effect by simply letting everything do its own job and influencing the few loose ends.

Under his unique philosophies concerning right and wrong, the city has developed unique systems to ensure this prosperity continues- this includes the Thieves Guild, as an example. Vetinari's philosophy teaches that organized crime is much better, and much more easily controlled, than disorganized crime, on the premise that if you allow the Thieves to walk in the light, to be public figures, and to ensure everyone receives a quota of theft per year, then they can be controlled. You know them, where they live, where their children play, where their wives go to get their hair done- you hold them in your grip. The second part of this philosophy teaches that it is easier for such a body of thieves to weed out crime. For one, while the Watch must work five times as hard to take out some crime, the Thieves Guild must only work less.

Vetinari allows most forms of depravity within his city. He encourages brothels, smuggling, bar fights, and so on with the premise that such small trespasses encourage industrialism and survival instincts. The only exceptions to this rule are mimes. Practicing such a livelihood in Ankh-Morpork will bring the practitioner to the depths of the Patrician's dungeons in a cell filled with scorpions with a single shaft of light illuminating the words on the wall- "LEARN THE WORDS."

Vetinari maintains little he holds in value aside from the functioning of Ankh-Morpork. This small collection consists of Wuffles, a small terrier, and his aunt, who lives in Pseudopolis.

Tier: At least 9-C, possibly 9-B, higher via Prep Time

Attack Potency: At least Street level+ (Should be capable of harming those comparable to him in durability), possibly Wall level (Beings comparable to Samuel Vimes fear him, as they recall he had training in the Assassin's Guild, but nobody remembers what exact classes he took), higher via Prep Time (With technology gained from Leonard da Quirm, he has plans for machines that use the heat of the sun to melt enemy warships)

Speed: Peak Human with Subsonic reactions (Can react to Samuel Vimes and those comparable to him)

Durability: At least Street Class+ (Survived being shot through the chest by the gonne), possibly Wall level (Should be comparable to those that fear him)

Stamina: Superhuman, maintains the ability to be active all day every day off of a glass of boiled water and a slice of bread alone

Range: Melee, much higher via technology

Intelligence: Genius. Vetinari regularly foresees the correct outcome of political and social events far in advance simply by casual deductions. He maintains the ability to counter practically any move and surprising literally any opponent by doing so, and has successfully outsmarted members of society such as a prodigy prince of a rival country.

Weaknesses: Begins to worry against beings who have no strings to be pulled. Those who cannot be manipulated fall under such categories. 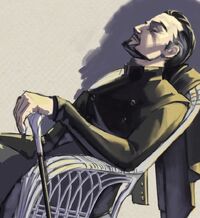 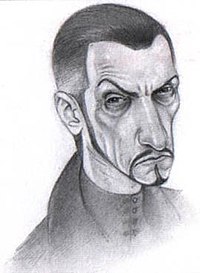 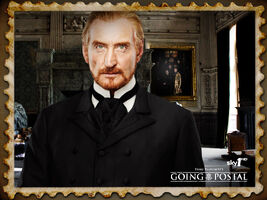 Lord Vetinari as he appeared in Going Postal 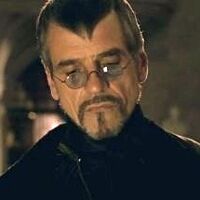 Lord Vetinari as he appeared in The Colour of Magic