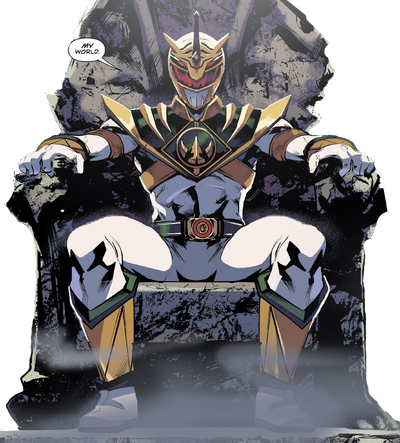 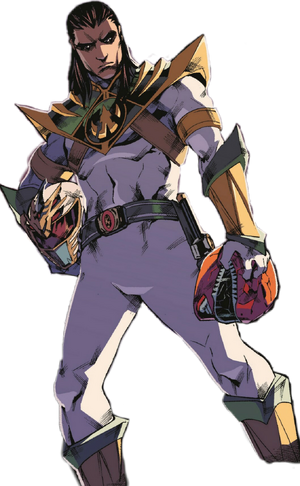 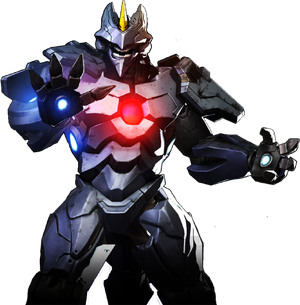 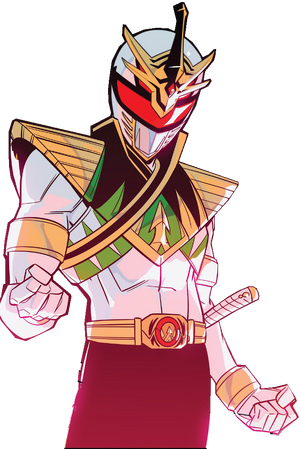 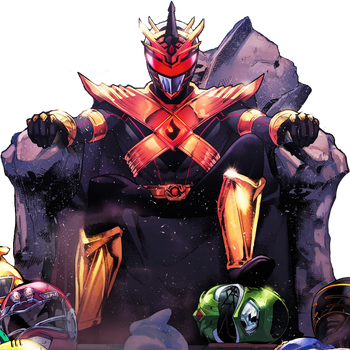 Lord Drakkon is the enigmatic ruler of a dystopian earth. First introducing himself to Rita Repulsa as "Black Dragon", a powerful alien with an admirable hatred of the Power Rangers, he was sent off to fight them. Much to Rita's surprise, he was largely successful, managing to destroy the Command Center, Zordon and Alpha 5. Furthermore, his battles with the Rangers were so devastating that he forced them to retreat and even kidnapped Billy, imprisoning him to the Dark Dimension.

Eventually, Billy escapes from the Dark Dimension with the unlikely help of Goldar and teamed up with Tommy to destroy the Black Dragon from the inside. Their efforts are thwarted when they're plunged into Lord Drakkons "world", an alternate version of earth in which he controls. After Tommy and Billy get harassed by a "sentry" adorned in Black Ranger armor, they meet with Lord Drakkon personally. To their shock, Lord Drakkon reveals himself to be none other than Tommy Oliver.

Age: Unknown. Likely in his 30s or older

Attack Potency: Large Island level+ (Comparable to other unmorphed Rangers, who can harm the likes of Goldar and Rito Revolto) | At least Large Planet level (Should no doubt be stronger than Green Ranger Tommy Oliver, even referring to him as his "lesser self", who is capable of holding his own against "The Black Dragon" and was strongly hinted at being able to handily defeat the entirety of the Mighty Morphin' Power Rangers. Has the combined power of White Ranger and Green Ranger Tommy.) | At least Large Planet level (Traded blows with the Dragonzord, can slightly damage it, and even tossed it in the air with little trouble. Was said to be virtually identical to the Dragonzord and is most likely just a future version of it. Strongly implied to have defeated the rest of the Zords in single combat) | At least Large Planet level, Low Complex Multiverse level with environmental destruction (The combination of The Morphing Grid’s protection of time by shattering timelines and the absorption of multiple teams powers, who have connections to large sections of the Grid, causes massive strain on both the Grid and the multiverse, eventually destroying both. The Grid has been described as a higher plane of existence above reality, and would be completely unaffected by its destruction, to the point that the implied past devastation to the multiverse was considered inconsequential to the grid. The Emissaries Three, who are one with the grid, considered Zordon’s perception of the multiverse to be “too linear.” | At least Large Planet level, Low Complex Multiverse level with Environmental Destruction (Stronger than before) | At least Low Multiverse level, possibly Multiverse level+ (Much stronger than before, Defeated The Emissaries who exist outside and above reality, disregarded and would be undamaged by the fracture of 21 timelines, ignored and were unharmed by the destruction of the infinite multiverse, see the fourth dimension of time as limited, and are one with the Morphing Grid) | Multiverse level+ (Much stronger than before, Destroyed infinite universes/dimensions casually, remade his own reality, The Heart could rebuild all of reality.)

Stamina: Superhuman (His "lesser self" Tommy was capable of getting up after a brutal beat down from the Black Dragon) | Very High | Extremely high due to being a robot | Superhuman | At least Superhuman | Unknown | Unknown

Standard Equipment: His White-Green Ranger Armor. Unknown otherwise but should have a large arsenal. The Black Dragon is also at his disposal, as well as the Morphers of multiple teams and his sword, which can take powers | Heart of a Morphing Master

Intelligence: As an alternate future version of Tommy Oliver, it can be assumed that Lord Drakkon is just as skilled—if not much more skillful—than his previous self, even calling his previous self "his lesser self". Furthermore, it is strongly implied that he managed to defeat the rest of the Rangers and even their Zords at some point in the future, further showing his frightening skill and strength. Additionally, he now rules the earth with an iron fist, showing that he has some degree of leadership, albeit in a tyrannical way. Is considered a genius, and managed to kill Rita while she had constant surveillance of him.