VS Battles Wiki
Register
Don't have an account?
Sign In
Advertisement
in: Characters, One-Punch Man, Male Characters,
and 21 more 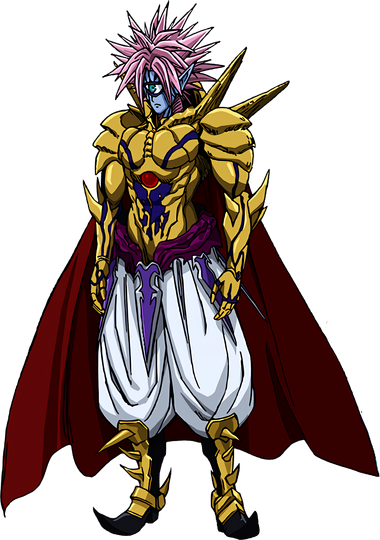 Lord Boros is an alien from the series One-Punch Man, who invaded earth in search of a legendary fight; foretold to him years before. Being the leader of the Dark Matter Thieves, he has led his group across the universe, leaving nothing but a trail of destruction behind him.

Boros boasts himself as the strongest fighter in the universe, and also that he is bored with his overwhelming power. Seeking out the ultimate fight, he wants nothing more than to be pushed in battle. Boros originates from an unknown planet, though he claims he owes his power and toughness from the inhospitable conditions of his home world.

Age: Unknown. At least far older than 20 (His journey to Earth took 20 years)

Powers and Abilities: Superhuman Physical Characteristics, Transformation (Into much stronger and more powerful forms), Immortality (Type 3), Longevity (Travelled the universe in search of powerful opponents, this likely took an incredibly long time), Regeneration (High-Mid; regenerated from being blown to pieces by Saitama), Energy Manipulation, Heat Manipulation (Melted entire sections of his ship), Extrasensory Perception and Power Detection (Boros appears to be able to sense peoples' energy levels, which manifests itself as an aura around said person), Flight (Capable of mid-air movements and levitation), Self-Sustenance (Type 1; could survive on a planet with the harshest conditions), BFR, Energy Projection (Can shoot out waves of energy blasts), Hand-to-Hand Combatant, Statistics Amplification (With his Power-Ups), Aura and Electricity Manipulation (When transforming into Meteoric Burst, Boros created a field of electricity. His unsealed form also started protruding electricity). Heat Resistance (His entire species evolved to be able to survive the harsh environment of his home planet, which was shown to be covered in lava)

Attack Potency: At least Mountain level (As the most powerful member of the Dark Matter Thieves, he should be superior to the likes of Melzalgald), possibly Island level (Should be far stronger than his subordinates. Stated by Geryuganshoop to be able to wipe out all life on Earth in 10 days) | At least Moon level+ (His energy blast caused massive damage to his ship, which endured the impact from Saitama's moon jump. Saitama regarded Boros as a more impressive foe then Orochi, referring to Boros as "strong" twice, while he barely regarded Orochi at all. Saitama admitted to Genos that Boros was the most powerful opponent he had faced at that point) | Likely Small Planet level (Far stronger than before. A single strike from this form caused as much damage as a charged attack from his previous form. Saitama regarded him as almost a real fight, making him more powerful than the likes of Orochi), higher with Collapsing Star Roaring Cannon (Expends all of his energy into a single attack. Stated that his attack would destroy the Earth's surface, making Saitama use Serious Punch to cancel it out)

Speed: At least Massively Hypersonic (Should be superior to the likes of Melzalgald) | At least Massively Hypersonic+ (Superior to Orochi), possibly FTL (Saitama viewed Boros as an impresssive foe while treated the likes of Geryuganshoop like a joke) | At least Relativistic+ (Kicked Saitama to the Moon. Generally his striking speed should be comparable to his kick), possibly FTL

Durability: At least Mountain level, possibly Island level, Continent level with Armor (His armor was able to stay briefly intact after being smashed through the walls of his ship, which is this durable) | At least Moon level+ | Likely Small Planet level

Stamina: Above Average. His fight with Saitama lasted for 5 minutes and 20 seconds. Low with Meteoric Burst; The form rapidly drains his stamina to the point where one energy punch and one kick left him breathing heavily

Intelligence: Led a group of alien invaders, has at the very least 20 years of combat experience. It is in character for him to remove the opponent from the battlefield by knocking them into space

Weaknesses: Meteoric Burst burdens his body immensely. If he runs out of energy, he will no longer be able to regenerate 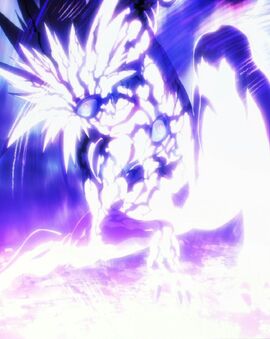 Note: The databook statements that describe Boros as capable of ruining the surface of a planet, has also been translated to mean that he is capable of destroying the planet itself. However, going by the proper usage of the terms used in the statement, first translation has been evaluated to be correct. As such, Boros' Collapsing Star Roaring Cannon is rated as High 6-A rather than 5-B.