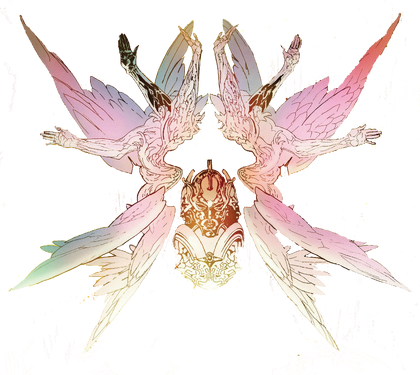 Logos is an Abstract Entity in Marvel Comics, formed from the fusion of Lord Chaos, Master Order, and the In-Betweener. After the former two killed the Living Tribunal in outrage for his decision to make Galactus a Lifebringer, they fused with the In-Betweener, usurping the Living Tribunal's role. The newly created Logos embodied the concept of law across the multiverse.

Gender: Genderless, but has a male persona

Attack Potency: Low Outerverse level (Embodied the concept of law across the Multiverse. Came into existence as an amalgamation of Lord Chaos, Master Order, and the In-Betweener)

Notes: Do not attempt to scale non-abstract beings from the Ultimates storyline to the same level as Logos or other Multiversal Abstracts. The storyline treated combat on the highest level of reality as metaphor, allowing non-abstracts to battle and alter Multiversal embodiments.