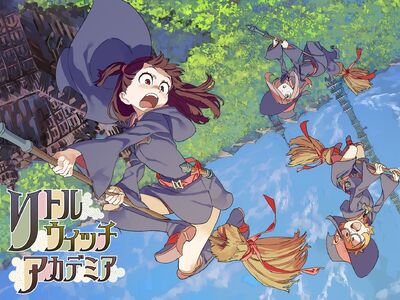 Little Witch Academia (リトルウィッチアカデミア, Ritoru Witchi Akademia) is a Japanese anime franchise created by Yoh Yoshinari and produced by Studio Trigger. The original short film, directed by Yoshinari and written by Masahiko Otsuka, was released in theaters on March 2, 2013 as part of the Young Animator Training Project's Anime Mirai 2013 project. An anime television series aired in Japan between January and June 2017, with its first 13 episodes available on Netflix worldwide beginning on June 30, 2017. Two manga series have been published by Shueisha.

Most of the characters being City Block Level at best in the OVA, and Small City level in the anime. However, it does have two exceptions with Shiny Chariot and Yggdrasil who cap out at Continent Level and Multi-Solar System Level respectively.