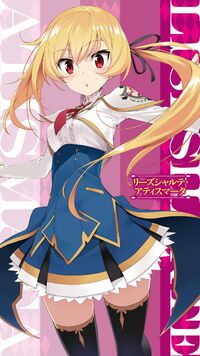 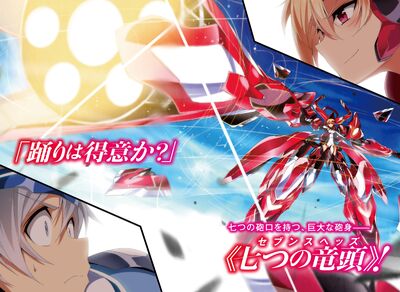 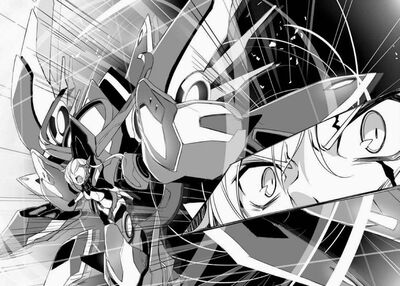 Lisesharte Atismata is one of the main female protagonists of Saijaku Muhai no Bahamut. She is the first princess of the Atismata New Kingdom who works as the engineer on the Royal Knight Academy.

Stamina: Lisesharte, as a woman, can use a Drag-Ride like Wyvern for longer periods of time than a man should normally be able to. While she has been shown to be able to fight for extended periods of time with Tiamat, she must heavily exert himself to do so, even more if she activates Over Unit. During the New Kingdom arc, Lisesharte received a Baptism, which can inflict agony beyond imagination, being described by people who survive them as having their blood boiling in addition to feel pain across their entire body, and stated by Singlen to tamper a lot the nerves in the whole body, and recover from it.

Intelligence: Despite her age, Lisesharte is one of the best engineers in the entire New Kingdom, possibly even the entire world, being able to create an hybrid Drag-Ride like Chimeratech Wyvern even before adult engineers were able to, in addition to having created Lux's Scale Blade, and developed Over Unit, a technique that fuses parts from 3 different Drag-Rides into a single Divine Drag-Ride, which was believed to be impossible by an expert on Drag-Rides like Drakkhen

Weaknesses: Due to her average compatibility with Drag-Rides, using Tiamat exerts her body heavily, even more with Over Unit, which can lead her to fall into a coma for 3 days; however, she has gotten over this weakness by the time of the New Kingdom arc.