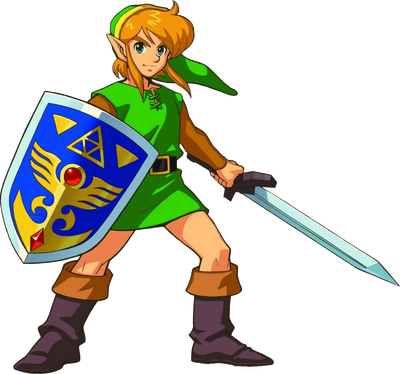 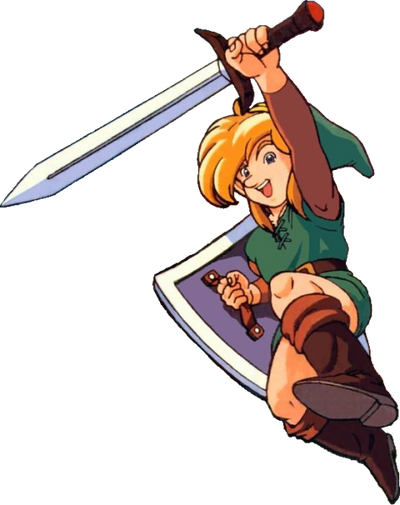 Link lives with his uncle in a house near Hyrule Castle. One night, Link receives a telepathic message from Princess Zelda in his sleep; the princess claims to be locked in the dungeons of the castle. Link awakens to find his uncle preparing to come to Zelda's aid, and is told to remain in his bed. After his uncle's departure, however, Link ignores his command and follows after him to Hyrule Castle. Following further advice from Princess Zelda, Link finds a hidden entrance leading inside the castle; inside a passageway, he finds his uncle, who has been mortally injured in battle. In his final moments, Link's uncle asks Link to save Zelda from her prison, giving him a sword and shield, as well as teaching him the Spin Attack, before he passes. Link navigates the castle and rescues Zelda from her cell, and the two make their escape through a secret passage connecting the castle sewers to the Sanctuary.

The Loyal Sage residing in the Sanctuary tells Link of Agahnim, an evil wizard who has usurped the throne, and plans to break a seal made hundreds of years ago by Seven Wise Men. The seal was placed to imprison Ganon, King of Thieves, in the Dark World, which was once the Sacred Realm before Ganon invaded, obtained the legendary Triforce, and used its power to turn the realm into a land of darkness. Agahnim intends to break the seal by sending the Seven Maidens, the descendants of the Seven Wise Men who made the seal, into the Dark World, allowing Ganon to break free and complete his plan to rule both worlds. The only thing that can defeat Agahnim is the Master Sword, a sword forged to combat evil. To prove he is worthy of wielding it, Link needs the three Pendants of Virtue.

With the aid of Sahasrahla, elder of Kakariko Village, Link is able to retrieve all three pendants, and takes them to the resting place of the Master Sword and is able to draw it from its pedestal. Upon obtaining the blade, Sahasrahla contacts him and tells him to go to Hyrule Castle and use the sword's power to break the barrier placed around the castle tower that serves as Agahnim's stronghold. On the way to the castle, Link is contacted by Zelda again, who tells him that Hyrule Guards have attacked the Sanctuary. Link arrives at the Sanctuary moments after the soldiers have vacated, where he learns from the dying sage that Zelda has been taken to the Hyrule Castle Tower. Link goes to rescue her, but he arrives too late to stop Agahnim from sending Zelda to the Dark World. After Agahnim is defeated in the ensuing battle, he sends Link to the Dark World as well.

To stop Ganon and save Hyrule, Link must rescue the Seven Maidens from dungeons scattered across the Dark World. Once the Seven Maidens are freed, they use their power to break the barrier around Ganon's Tower, where Link faces Agahnim again. After the hero defeats Agahnim for the second time, Ganon rises up from Agahnim's body, turns into a bat, and flies away. Link chases him, finally confronting him inside the Pyramid in the Dark World. After a battle resulting in Ganon's demise, Link touches the Triforce, and wishes for Hyrule to be restored to its former state. With peace restored to the land and his uncle restored to life, Link returns the Master Sword to its resting place in the Lost Woods. This Link seems to have become intimate with Zelda later on as hinted in A Link Between Worlds.

Name: Link, also known as the Hero of Two Worlds, Hero of the Wind Fish

Origin: The Legend of Zelda: A Link to the Past

Classification: Hylian Swordsman, Reincarnation of the Hero of Time (The timeline where he dies)

Superhuman Physical Characteristics, Weapon Mastery (Wields a sword, shield, hammer, and is skilled in archery), Energy Projection (Can shoot beams of energy out of his sword.), Fire Manipulation (With lantern, and fire rod), Paralysis Inducement & Electricity Negation (With the boomerang, Link can stun enemies, and can even negate an enemies electrical physiology), Minor Insect Manipulation (If Link catches an insect with his net, he can use them to fight with him in combat.), Explosion Manipulation (Via bombs, and with bombos medalion, that can even work on spells.), Resurrection (With flute & with fairies in a bottle), Intangibility/Invisibility (With the magic cape), Creation (Can make blocks with cane of somara), Forcefield Creation (Protected from all attacks with one swing from the cane of bryna), Regeneration Negation (Can negate up to Low-Godly via Master Sword & Silver Arrows), Lightning Manipulation (Can affect even literal spells), Attack Reflection (Can bounce back beams with Mirror Shield, could hit back Agahim's attacks), Non-Physical Interaction (Can harm and kill ghost), The amount needed to do his magic is halved allowing him to spam more magic abilities, Statistics Amplification (With red mail), Transmutation, Power Nullification, Earth Manipulation (With Quake.), Ice Manipulation (Causes all enemies to be frozen solid and with Ice Rod.), Minor Light Manipulation (His shield shines in dark rooms.), Multilingualism (Can read unknown languages via Book of Mudora.), Dimensional Travel (Can travel across dimensions with the magic mirror), Healing (With potions), Has the powers of The Triforce, Resistance to Magic (With the Master Sword), Mind Manipulation (Unaffected by Agahim's mind control. He does not lose his conciseness while in the Dark World, even without the moon pearl), Transmutation (With moon pearl, unaffected by the effects of the Dark World), Existence Erasure , Power Nullification, Corruption, Madness Manipulation (Remains sane while in the Dark World, even without the moon pearl), Unholy Manipulation, Sealing,Soul Manipulation, & Power Absorption (Can hold the Master Sword without any of these repercussions. All triforce users are unaffected by the effects of the Twilight Realm), Reality Warping (Resists the triforce's magic with the master sword)

Superhuman Physical Characteristics, Weapon Mastery, Fire Manipulation (Can set some enemies on fire with magic powder.), Teleportation (Via playing Mumbo’s song), Energy Projection (Shoots beams of energy out of the lvl 2 sword), Dream Manipulation (Can take items outside of his dream), Statistics Amplification (Can increase Attack & Speed or Defense with the Red or Blue tunic), Invisibility Negation (Can see invisible enemies with the lens), Transmutation, Power Nullification, & Empathic Manipulation (Magic powder can transmutate enemies once they're sprinkled, can negate physiologies, and causes some enemies to no longer attack you), Minor Soul Manipulation/Life Manipulation (Can liven up the soul and bring fossils to life), Non-Physical Interaction (Can kill ghost), Resistance to Existence Erasure (Stated that once the wind fish wakes everything will be gone, including Link however, Link was still around when the wind fish woke up)

Speed: At least Sub-Relativistic+ with Massively FTL reactions (With the full Triforce, he should be significantly faster than his BotW incarnation even during a Flurry Rush) | Massively Hypersonic+ with Relativistic reactions/combat speed

Range: Extended melee range with melee weapons, up to tens of kilometers with magic ranged attacks. Cross-universal via reality warping with the Triforce.

Intelligence: Genius in combat (Could wield a sword and shield from his uncle and use his secret technique just from being told it. Defeated Ganon in combat who by this point should have over a hundred years of experience and obtained divine wisdom due to having all pieces of the triforce.)

Key: A Link to the Past | Link's Awakening

Note: According to Nintendo, the Link from "A Link to the Past" continues his adventures in "Link's Awakening". The Link from "Oracle of Ages" and "Oracle of Seasons" is a different Link entirely.

Start a Discussion Discussions about Link (A Link to the Past)