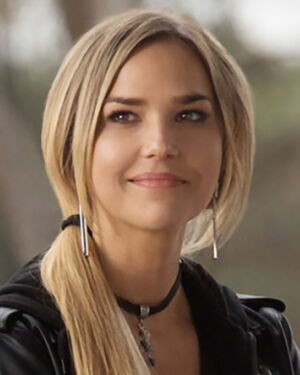 Alexia "Lexi" Branson is a vampire introduced early on in The Vampire Diaries/The Originals TV show. She is revealed to be a long time close friend to Stefan Salvatore, having known him for over a century. She is shown to be very close to him, really caring for his well being & his happiness. This doesn't just extend to him either as Lexi is one of a few vampires in the show who actually doesn't hold any malicious attitude towards humans and actually has a deep value for humanity & the value of human life. Lexi has also been noted to always be looking out for Stefan and watching over him making sure he never gets into too much trouble. Though she harbors a very serious & dark demeanor under her friendly façade.

Intelligence: Average, possibly higher (Little is known about her intelligence but she has been shown to live over 300 years & has managed to stay hidden from hunters & other vampires while also maintaining a constant flow of blood to feed on from hospital blood bags & blood banks, showing herself to be resourceful)

Weaknesses: Standard vampire weaknesses (Sunlight, Fire, Being stabbed with a wooden object through the heart, Decapitation, Heart extraction, Invitation, Vervain (a mystical herb/plant that will burn a vampire on contact with their skin or when ingested and can dampen or temporarily hinder their healing factor (however this can also give them near immunity to being "compelled" by other vampires, Werewolf bite (Werewolf bites act in vampires similarly to rabies in human; causing them to experience hallucinations, fever-like symptoms, and then going rabid until the venom eventually kills them.)

Retrieved from "https://vsbattles.fandom.com/wiki/Lexi_Branson_(TVD)?oldid=4203375"
Community content is available under CC-BY-SA unless otherwise noted.