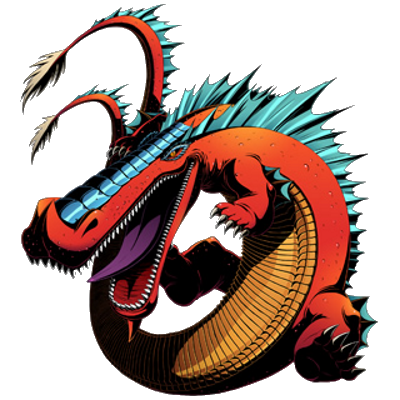 Leviamon is a Demon Lord Digimon whose name and design are derived from the mythological Leviathan. It is one of the "Seven Great Demon Lords", representing Mercury and the sin of Envy. The strongest monster existing in the Digital World, it is called the "Devil Beast" out of terror of the exceedingly mighty power that it possesses. This extensive monster, said to possess gigantic jaws which could guzzle down even the Digital World, is reported to sleep in the depths of the Net Ocean nearest to the Dark Area, and if it is awakened it will despise any Digimon at the top, and will run not away even from Angel Digimon, much less other Demon Lord Digimon. However, as the existence of the limits on Digimon are decoded, its own appears similar to nothingness, and it is said that it builds the foundation for the existence of wickedness in the Digital World. 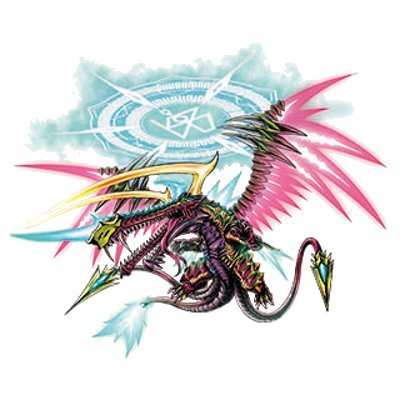 Wing-arms grow from its back, and it gained the ability to fly by spurting out excess energy. Land, sea, and air have become feeding grounds for Leviamon where it will try to devour everything.

Gender: Genderless, but referred to as Male

Superhuman Physical Characteristics, Digimon Physiology, Fire Manipulation, Water Manipulation, Air Manipulation, Immortality (Types 1, 5, 7 and 8; Will exist for as long as evil and darkness itself exists. Also reliant on the Sin of Envy), Conceptual Manipulation (stated to have created the foundation for all wickedness in the Digital World. Exists in every universe in the Digimon Multiverse simultaneously, Being defeated inflicts a proportional amount of "karma" on his opponent (Including space-time erasure and the like), Can exist outside of 3-D space, Existence Erasure, Conceptual Destruction, Regeneration and Resurrection Negation (Mid-Godly. All Demon Lords negate resurrection and rebirth, this includes coming back from non-existence), Power Mimicry (Inherits the powers of those he absorbs), Acausality (Type 1), Abstract Existence (Embodies the Sin of Envy in which is a primal factor of the multiverse), Conceptual Manipulation, Acausality, Nonexistent Physiology (Physical. Leviamon is a nonexistent being as a natural inhabitant of the Dark Area), Resistance to Conceptual Attacks (Resisted getting his very concept attacked by Boltboutamon) and Existence Erasure.

Speed: Immeasurable (A native of the Dark Area, a realm in which time doesn't exist) | Immeasurable (contended with Takumi team evenly after they fought the Mother Eater) | Omnipresence (The Demon Lords spread their presence across the spectrum of space and time and exist in all parallel worlds simultaneously)

Lifting Strength: Immeasurable (Is stated to be able to swallow the entire Digital World)

Intelligence: As a member of the Seven Great Demon Lords, Leviamon is an incredibly ancient and powerful Digimon, being able to contend with the other members in combat if it pleases. Tearing apart foes with his huge jaws, his able to contend with even the most skilled combatants in the Digital World, including the Royal Knights and the protagonists of the games he appears in. In addition, he and the other Demon Lords are able to prepare special viruses that can drive the likes of the equally ancient Digimon Sovreigns and Huanglongmon insane.