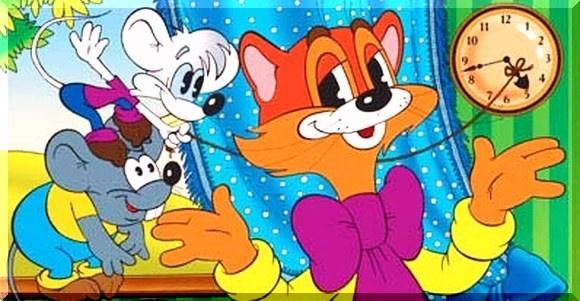 Leopold the Cat (Кот Леопольд, Kot Leopold) is a Soviet/Russian animation series about a good-natured and prudent cat, Leopold. It was created by Soyuzmultfilm and produced at T/O Ekran in 1975-1987. In 2015, to the 75th anniversary of Anatoly Reznikov, the series being made into a reboot by Mondo TV (Italy) and Russian Mobile Television. The reboot series is known in Italy as Cat Leo.

The characters have enough physical strength to repel cannonballs back to an enemy. They are also capable of Toon Force, which allows them to survive after being squashed and to do unpredictable things. 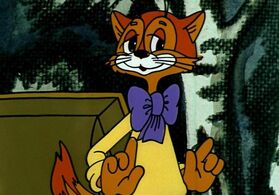 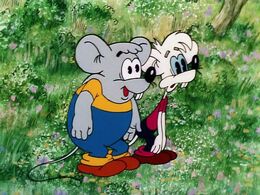 Grey and White
Add a photo to this gallery

Start a Discussion Discussions about Leopold the Cat (Verse)