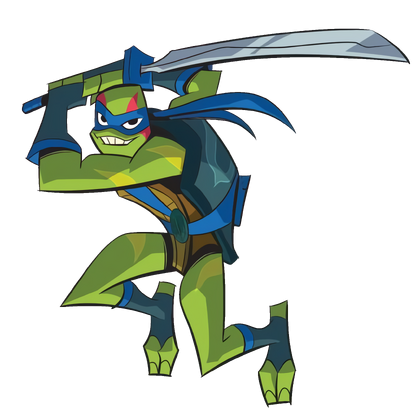 Leonardo, or Leo by his friends, is a main protagonist of the Television Series, Rise of the Teenage Mutant Ninja Turtles. Instead of taking the role of the leader like all of his previous incarnations, He's more of a comical goofball of the group.

Attack Potency: Large Town level (Comparable to the other turtles)

Speed: Hypersonic+ (Not just comparable to the other turtles, but outmatched them in several sewer olympic events for years)

Intelligence: Above Average; Can come up with successful combat plans and usually figures out how to defeat the villain or stop their plans.

Weaknesses: Very cocky and arrogant to the point it can lead him to be angry if he is somehow losing.

Retrieved from "https://vsbattles.fandom.com/wiki/Leonardo_(Rise_of_the_Teenage_Mutant_Ninja_Turtles)?oldid=5642067"
Community content is available under CC-BY-SA unless otherwise noted.