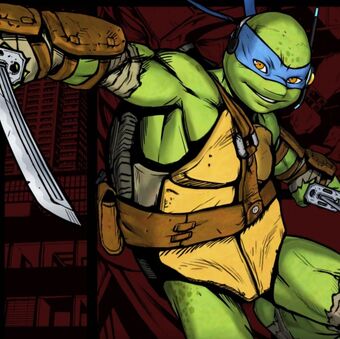 Leonardo is the team leader, and his drive for perfection is unmatched. His brand of ninjutsu gives him the ability to slow down time, allowing him to execute lightning-fast strikes with pin-point precision. And when he teams up with another turtle for a whirlwind attack, their enemies don't stand a chance.

Intelligence: Quite High, he's the leader of the team

Weaknesses: His Spin Dash can caused him to get dizzy.

Start a Discussion Discussions about Leonardo (Mutants In Manhattan)