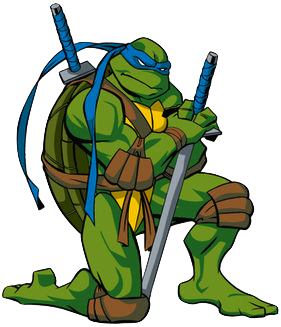 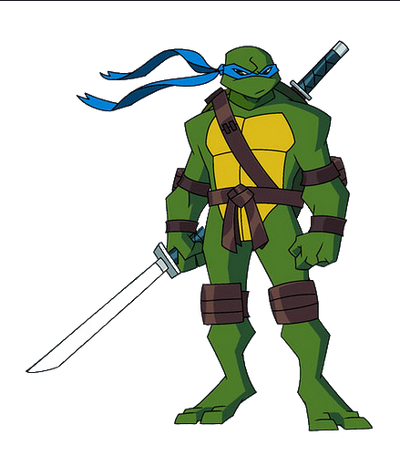 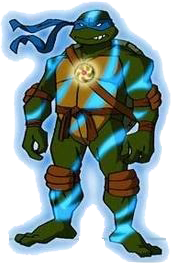 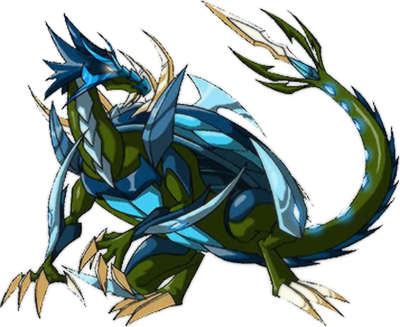 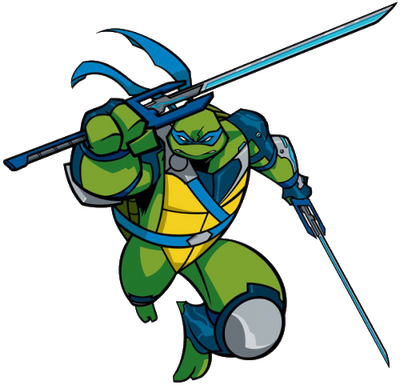 Leonardo is the leader of the Teenage Mutant Ninja Turtles and eldest son of Hamato Yoshi.

Attack Potency: Small Town level (Killed the creature known as Complete Carnage. A being that could turn itself into any form, control steel/concrete and absorb energy from other entities. Can match swords with The Shredder, Usagi and other enemies on his level) | At least Town level (Wields the Gunshin sword, which has been shown to be comparable to Raphael's "Banrai" which was stated to be able to shatter mountains by Juto-Shisho) | At least Planet level+, possibly Large Planet level (Has clashed with and defeated the Mystic Ninja on multiple occasions, members of which were capable of defeating the Ninja Tribunal with apparent ease) | Large Planet level (Managed to beam struggle and even temporarily defeat Tengu Shredder in his Dragon form. Destroyed an entire army of demons who were all apparently well above the Mystic Warriors)

Speed: Supersonic with Hypersonic reactions and combat speed (Reacted to lightning bolts from the Mystic Ninjas) | Hypersonic, likely higher (Somewhat comparable to Mikey, who could run up distant mountains in seconds)

Lifting Strength: Class 5 to Class 10 (Lifted the mouth of a T-Rex when he was inside it, the T-Rex was pushing as well) | Higher (Helped levitate a ship) | Unknown

Durability: Small Town level (Tanked a direct blast from the Sword of Tengu, which "laid villages to waste" and "brought castles to the ground". Took hits from mutants who "Shook the City") | At least Town level (Took hits from Kappa Tengu, a species of powerful demons who could overpower the turtles with ease) | At least Planet level+, possibly Large Planet level (Shrugged off blows from the Mystic Ninja) | Large Planet level

Intelligence: Highly adept at stealth, subterfuge, and misdirection. Additionally, he is well-versed in the use of armed combat martial arts. His fighting style seamlessly blends attacks with any part of his body and weaponry. Along with these abilities comes a propriety for assassination techniques. Can match blades with Shredder, the Foot Elite, and Usagi without falling in combat. Brilliant tactician, nearly every plan of attack for the Turtles is devised by their leader. Also successfully negotiates a truce with the Foot Clan, bringing about an end to the constant fighting that plagued New York City.