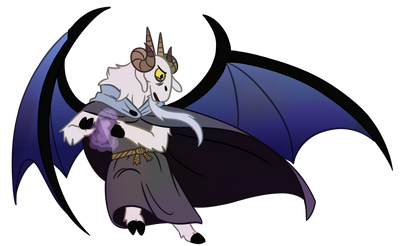 Lekmet is the High Chancellor of the Magic High Commission in Star vs the Forces of Evil.

Stamina: Unknown. Can get tired from rudimentary activities.

Intelligence: Genius. Lekmet has mastery over a massive variety of spells.

Retrieved from "https://vsbattles.fandom.com/wiki/Lekmet?oldid=4558041"
Community content is available under CC-BY-SA unless otherwise noted.