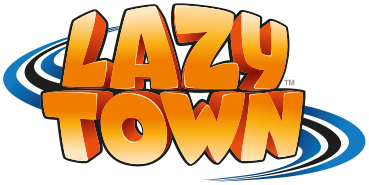 LazyTown is an early 2000s educational kids' show that mixes live action and puppetry. It aims to encourage health and activity to young children. The show and its production company were created by Icelandic gymnast Magnus Scheving, who stars as LazyTown's deuteragonist.

The series revolves around Stephanie Meanswell, an energetic and athletic kid that moves to LazyTown, a place notorious for its citizens being extremely lethargic and gluttonous. With the help of beloved superhero Sportacus, Stephanie is determined to get her new peers to eat healthier and go outside more.

However eccentric scientist Robbie Rotten prefers LazyTown's idle lifestyle, and conducts nefarious schemes to make sure no one around is doing healthy activity, which he absolutely despises. His evil plans usually get foiled by Sportacus and Stephanie though. And together the duo teaches valuable lessons to and improves the lives of LazyTown's people.

Despite LazyTown being a lighthearted kids' show with no focus on fighting, and their top tier supposedly being just a "slightly above average hero", it can get rather powerful at times.

Robbie Rotten's gadgets have also allowed him to negate conventional durability. With his genius inventions being able to transmutate people, erase their memories and reverse the aging process. 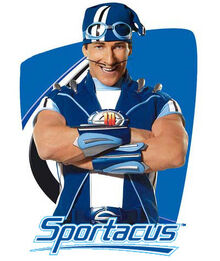 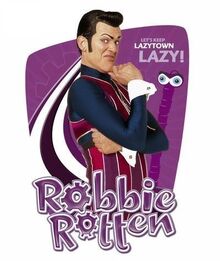 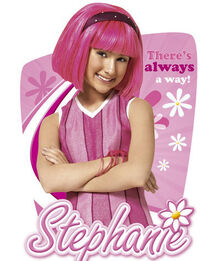