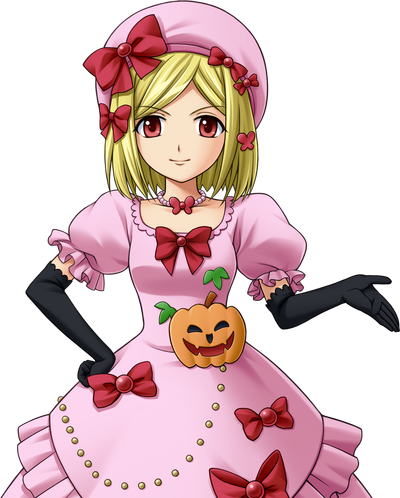 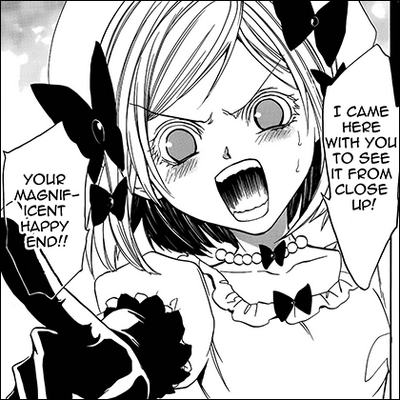 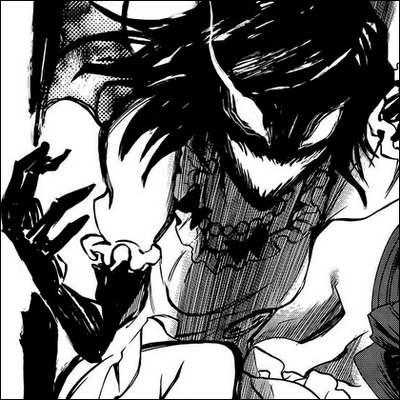 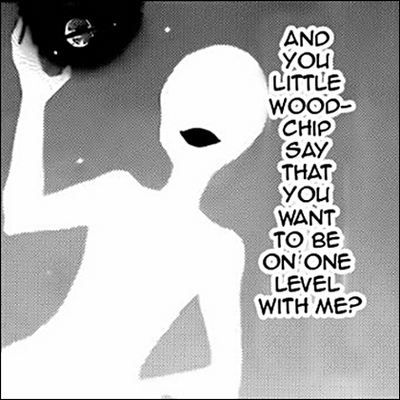 Age: 1000+, but technically beyond the concept of time

Power and Abilities: Magic, Flight, Reality Warping, Spatial Manipulation, Time Manipulation (Can stop time, rewound the fifth game), Probability Manipulation (Can bring the odds of failure almost completely down to zero. That is, she has the power to give rise to almost perfect certainty), Causality Manipulation, Fate Manipulation, Plot Manipulation (Sees lower layers containing universes, countless realms, higher-dimensions, and nothingness as fiction, in the forms of Fragments, books, and chessboards which she can manipulate as she pleases), Gravity Manipulation (Created the concept of gravity; can manipulate gravitational forces so powerful that they can affect comparable opponents and destroy higher-dimensional stories in the City of Books), Conceptual Manipulation (Type 1; Conceptual Manipulation and Attack. Can create the concept of gravity and attack the concepts of existence via words, which she can turn into undeniable facts of reality through the Red and Blue Truths), Higher-Dimensional Manipulation (Can manipulate Kakera, Fragments that contain infinite possibilities with higher dimensions), Matter Manipulation (Can turn herself and others into candy, even when they manifest in the City of Books), Absorption (Voyagers can consume other Voyagers; Lambdadelta attempted to do this to Bernkastel), Telepathy, Telekinesis, Mind Manipulation, Teleportation, Shapeshifting, Duplication, Reactive Evolution, Clairvoyance / Cosmic Awareness (Can peer into Fragments), Creation and Existence Erasure (Created and destroyed many higher-dimensional universes during her fight with Bernkastel), Sealing (Threatened to seal Beatrice into the most miserable fragment, and shackled her, forcing her to continue the game), Summoning, exists within the Sea of Nothingness beyond all layers and stories and can adapt to higher-dimensional layers and even those that exist beyond them entirely, Acausality (Type 5), Omnipresence (As a voyager witch, she is the embodiment of the concept "Hard workers are rewarded", and is not limited to any single territory, but throughout the endless worlds within the sea of fragments), Non-Corporeal (Exists as the embodiment of her own universe, a concept), Immortality (Types 1, 3, and 10), Regeneration (High-Godly; even if the entirety of her existence is completely erased and lost to the Sea of Nothingness beyond all layers and stories, she can regain her form just by thinking), Beyond-Dimensional Existence (Type 2), Large Size (Type 11).

Attack Potency: Outerverse level (Equal to Bernkastel, can manifest within the highest level of the Witch's theatre. Her battle with Bernkastel in the manga destroyed several books that contained Universes comparable to Aurora's study in size as they were noted to contain works the size of the entire journey of the Umineko Franchise sans the city itself, and large portions of the shelves that supported and dwarfed these Universes within the City of Books. Lambdadelta also crushed and consumed many of these books using a concentrated mass of super gravity. Her magic allows her to be able to create a god, an entity who transcends all layers, stories and endeavors, though if the individual she transformed was a lower entity, they would immediately lose their sense of self. Due to her fundamental nature as a voyager witch Lambdadelta is a universe that can adapt to higher layers in the sea of fragments which was an infinite void beyond the human domain where infinite layers exist, her only limits being that of what she decides herself, if any at all. She managed to escape a logic error which was likened to the Sea of Oblivion)

Speed: Irrelevant (Far beyond the concepts of time and distance of lower worlds and she could match Bernkastel blow for blow. Due to her ability to evolve into a being without limitations, if she so desires she can attain infinitely greater speeds) with an Omnipresence state of existence (She is a concept that is not bound to any one territory but exists across infinite worlds as the embodiment of "hard workers are rewarded")

Lifting Strength: Irrelevant via powerscaling (Qualitatively completely superior to characters that can hold countless higher dimensional universes in their palms and she is equal to Bernkastel who views the entire Umineko verse as a story; just as her friends she should be able to lift and crush the entire gameboard where meta-Beatrice exists as a piece. She lifted the entire Trianthology world)

Striking Strength: Outerversal (Collided with Bernkastel several times creating Big Bangs and Big Crunches on the scale of the City of Books, she can hurt beings of this level, she deflected Dlanor's conceptual weapon with mere Popcorn)

Durability: Outerverse level (Her abstract, conceptual, and incorporeal nature, as well as acausality, regeneration, and resurrection makes the concept of death inapplicable to her unless she stops thinking; She is capable of restoring her body if she remembers its shape; and she can't be completely destroyed unless her incorporeal soul is erased to nothingness that is beyond conventional existence and non-existence of duality in the sea of nothingness which is beyond the infinite dimensional hierarchy; the limitations to her power, physiology and durability are only that of which she considers to exist for herself. She managed to survive a logic error and she is superior to beings who managed to survive in the sea of oblivion as a part of its structure)

Stamina: Limitless. She has fought with Bernkastel for centuries and she has spent just as long if not longer trying to escape the "hell" of the logic error.

Intelligence: Genius level. In just taking a quick look she effortlessly denied Battler's blue truths for the first and second games. She can intellectually match Bernkastel.

Weaknesses: Her magic depends on her faith in it; Boredom and the possibility of losing her will. She is traumatized, unbalanced and can act childishly. Her love to Bernkastel can be problematic and made her lose one of her games against the Witch. She mentioned being torn apart by nothingness would “kill” even her though this could just be in reference to her avatar in the Golden Land.

- Absolute Magic: Lambda's magic. It rewards the efforts of others by bringing absolute results.

- Truths: Truths are moves used in debates between human and witches, while they're arguments they usually take the form of powerful conceptual weapons that damages the concept of her target. Because truth is a conceptual move, it cannot be avoided, but can be confronted with other truths.