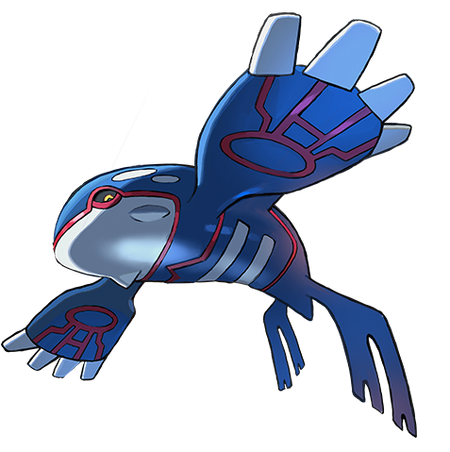 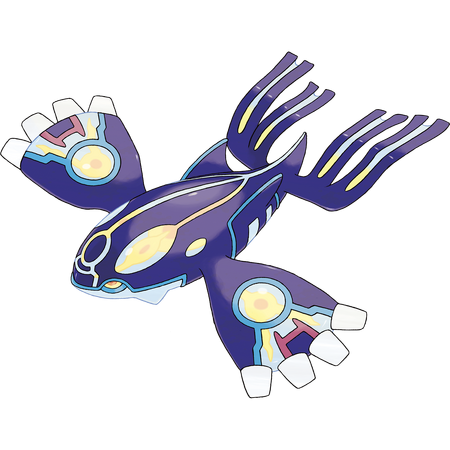 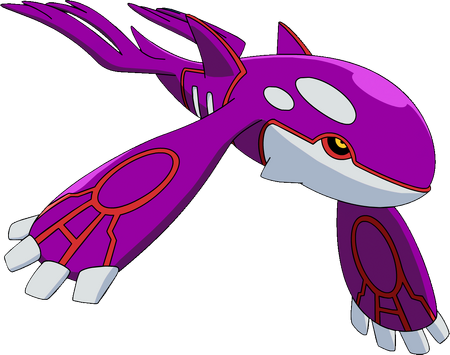 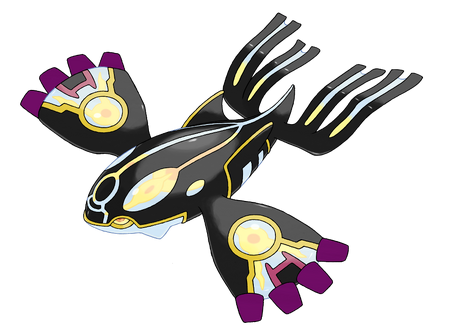 Attack Potency: Multi-Continent level (Is the equal of Groudon who was said to have raised the continents. Controls all the oceans and has the entire power of nature at its disposal) | Planet level (Caused a planetary storm)

Stamina: Very high (It was able to fight against its rival, Groudon, for days)

Intelligence: High; able to effectively hide from most that attempt to find it within the deep ocean

Weaknesses: Kyogre is weak to Electric and Grass Type moves. Drizzle can't activate when there's the harsh sunlight of Desolate Land or the mysterious air current of Delta Stream enters the battle. The Water Gem is single use 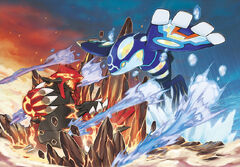 Groudon (Pokémon) Groudon's Profile (Both were in their Primal forms)