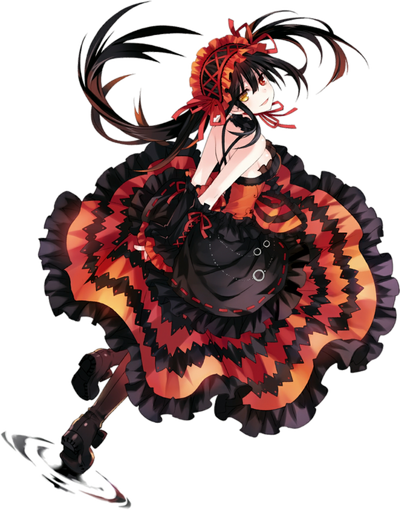 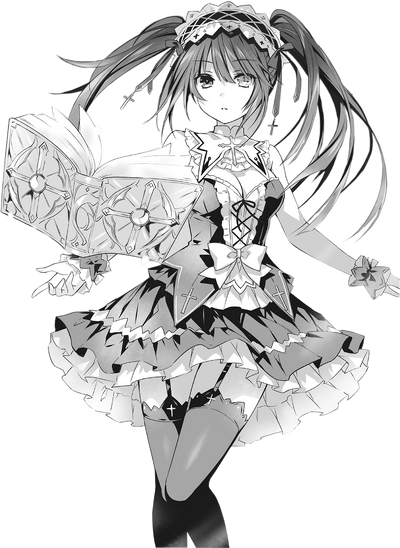 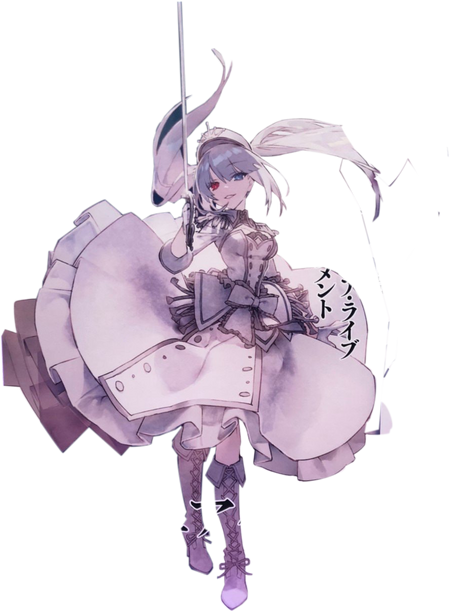 Kurumi Tokisaki (時崎 狂三, Tokisaki Kurumi) is the third spirit to appear, and so far the most brutal spirit in the series. She is also the first spirit to appear as an antagonist in the Date A Live series.

However, Kurumi is later revealed to be not truly malicious, as she tries to drain humans' lifespan to gather power to travel back in time and kill the first spirit, whose appearance caused the devastating spacequake that killed 150 million people.

Superhuman Physical Characteristics, Subjective Reality (Spirits are able to create things from their imagination with their reiryoku, it can also create desired situations), Regeneration (Wounds of Spirits naturally heal), Time Manipulation (With her angel, Kurumi can manipulate time in various ways. She can accelerate time to blitz enemies, decelerate time, stop the flow of time of whoever she hits with her bullets, summon her past self who has her physical abilites and time travel), Spatial Manipulation (Can summon spatial explosions known as "spacequakes"), BFR (Spacequakes can send anything in their path outside of time and space), Durability Negation (Spacequakes can tear away anything in their path by destroying time and space), Age Manipulation (Can cause a target or a subject to age), Clairvoyance (She can peek into the past of a target, and take a glimpse of the future), Flight, Acausality (Types 1 and 3: Even if you kill Kurumi in the past, she will always exist in the present and throughout multiple timelines, and isn't affected at all by the presence of multiple "her" in the same present), Teleportation, Duplication (Kurumi can duplicate herself and create clones which can send people into her dark dimension), Shadow Manipulation (Her shadow is a dimension where all her time clones reside when outside of battle), Life Manipulation (Her shadow absorbs other's lifespans to add to her own and absorbs the powers of her opponents in range, makes unresistant people unconscious and can still weaken resistant targets), Limited Power Nullification (Spirits Astral Dress nullifies damage), Immortality (Type 6; She can transform one of her clone into the original by transfering her consciousness, memories and power into her clone's body), Resistance to Mind Control and Fate Manipulation (Full form Spirits can't be fully affected by Nia's future describing).

All the previous abilities, Information Analysis (With Nia' Sephira Crystal, she can analyze and know everything she wants with Rasiel), Fate Manipulation (Since she can use the full potential of Rasiel)

Spatial Manipulation (The first application of White Queen's Demon King Lucifugus is to control all the aspects of space, she can cut space with her sword to spatially cut in half her opponent regardless the distance, warp the space around to protect her, travel between to place with her spatial movements and many other variants), Healing (Aquarius bullet allow her to spatially remove her wound and create a zone where she passively heal from injuries), Void Manipulation with the Leo Bullet (This bullet eat space itself and leave a blank "space" where nothing exists, this bullet has also some variants which have the effect to "crush the opponent's space"), Durability Negation (with Some of her bullets), Mind Manipulation with the Scorpio bullet (This bullet is able to turn the target into an obediant servant), Conceptual Manipulation and Causality Manipulation with the Libra bullet (The first application of Lucifugus's Spatial Manipulation, it allows the target to renverse causality Itself, the Concept of attacker and receiver is reversed, she is also stated to Control the very Concept of distorting Space).

Stamina: High, although it decreases with her time abilities 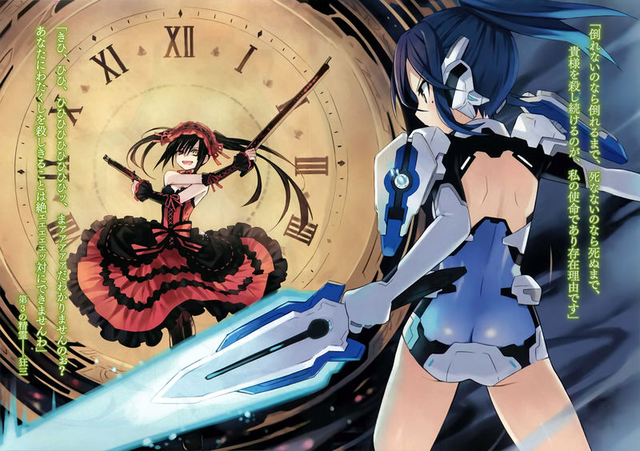 Notable Attacks/Techniques: Kurumi mainly can manipulate time, but her main power is associated with controlling shadows. Shadow is her primary element while Time is her secondary element in terms of usage. Combined with the power of the 8th bullet, she can create a clone that has all of her experiences, memories, abilities, etc. These clones can take the form of long white hands with red outlining when they are in Kurumi's shadows. However, as these are her past selves, they sometimes may contain feelings which the current Kurumi no longer possesses and as such, Kurumi will not hesitate to kill these clones if they choose to disobey her.

With Zafkiel (only the real Kurumi can use these):

To activate any power she needs, she first needs to call her Angel (regardless of whether or not the Angel has been summoned already), and position her flintlock at the number of the bullet on the Angel. Next, she needs to shoot the bullet at the target with the gun. If she needs to use the power on herself, then she is required to shoot herself. 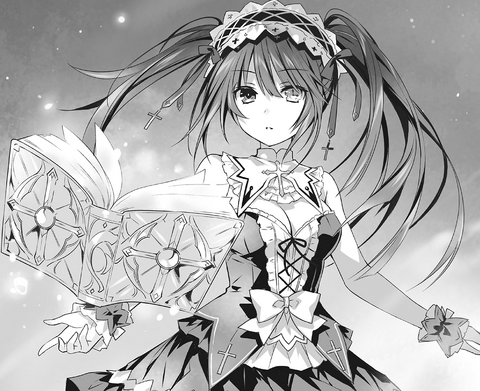 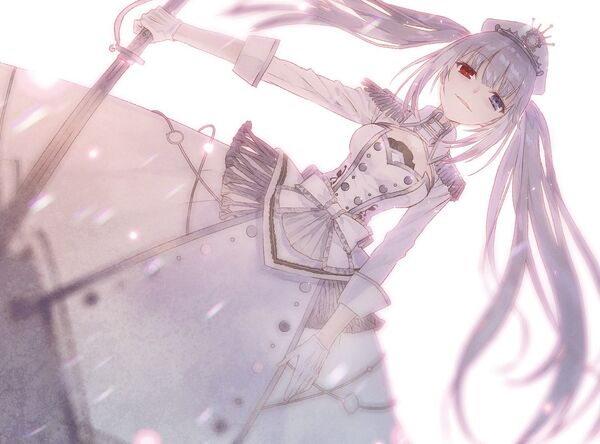 Her clock, gun, and saber possess special bullets that can cause different effects on the subject depending on the bullet.

Some abilities of Lucifugus, such as Sartan and Betulah, are activated using the saber, while other abilities by shooting her bullets.

Intelligence: Very high (She's the second smartest known spirit with her intellect exceeded only by Origami). Against opponents, she uses Zafkiel to accelerate her time, allowing her to avoid attacks and win instantaneously.

Weaknesses: Time manipulation requires the use of her lifespan, although except for time travel, this isn't really a problem in combat, her clones are weaker than herself, has a "Main Body" that if killed will kill all the other Kurumis. 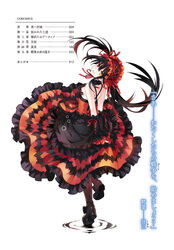 The Ancestor (Darkest Dungeon) Ancestor's Profile (Both were Low 7-C. Speed was equalised)

Misogi Kumagawa (Medaka Box) Misogi's Profile (Speed was equalized, the distance was 100 meters, and both were in their respective peaks.)