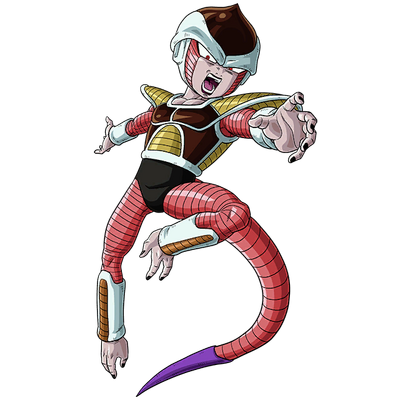 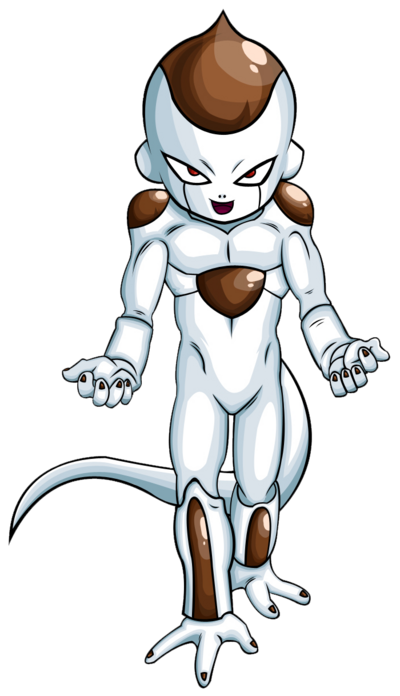 Kuriza is the son of Frieza from Dragon Ball Z and Dragon Ball GT (and, by extension, the grandson of King Cold, and the nephew of Cooler). When he shows up on Earth to cause some trouble, he is met by Neko Majin Z, and hilarity ensues.

Power and Abilities: Superhuman Physical Characteristics, Acrobatics, Martial Arts, Flight, Spaceflight, Self-Sustenance (Type 1), Ki Manipulation (Can be used defensively and offensively, to strengthen his skin or to fire ki blasts, which can home in on targets, and form defensive barriers), Can alter his body structure and create lower forms, Can transform multiple times to release his power, Resistance to Extreme Cold and Cosmic Radiations

Attack Potency: Solar System level (Said to be slightly weaker than a non-canon Super Saiyan in his first form. Fought against Neko Majin, who managed to hold his own against Super Saiyan Goku until he released his "Secret Weapon", It should be noted that this is Post-Uub Goku)

Speed: Massively FTL+ (Slightly slower than non-canon Frieza Saga Super Saiyan Goku in his first form, who was unable to be tracked by King Kai, who was shown to track Goku's spaceship)

Intelligence: Not too high, with him being a child and is easily tricked.

Weaknesses: He is inexperienced in combat due to being a child.

Note: Kuriza is only part of the Neko Majin Z manga timeline, and has no relation to canon characters in Dragon Ball Super.

Retrieved from "https://vsbattles.fandom.com/wiki/Kuriza?oldid=5157135"
Community content is available under CC-BY-SA unless otherwise noted.