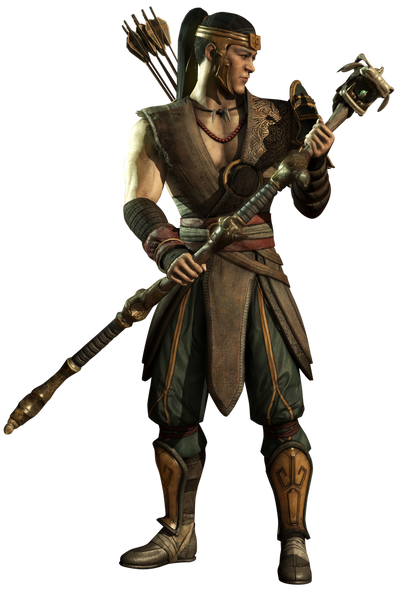 Kung Jin is the younger cousin of the Earthrealm hero Kung Lao. When Kung Lao was killed in the war against Outworld, Kung's family's fortunes took a turn for the worse. He journeyed to the U.S. and became a thief. An encounter with Raiden changed Jin's outlook, and he joined the Shaolin Monks. Now a member of Johnny Cage's secret Special Forces offshoot, Jin's streetwise past gives him extra insight into the minds and motivations of those who would harm Earthrealm.

Intelligence: Gifted. Skilled in martial arts and meditation practices, has received compliments from Bo' Rai Cho which is somewhat rare as he only compliments his best students: Liu Kang and Kung Lao.

Weaknesses: Can be stubborn sometimes. He is prone to charging into things without thinking when he is angry.

Retrieved from "https://vsbattles.fandom.com/wiki/Kung_Jin?oldid=4817220"
Community content is available under CC-BY-SA unless otherwise noted.