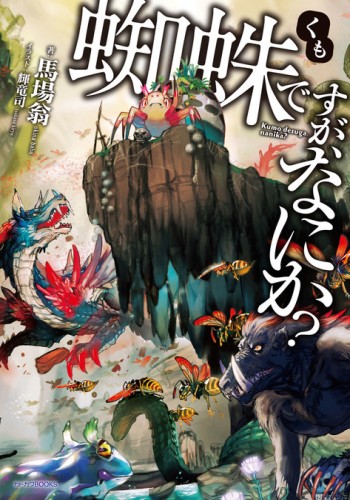 In another world, an unending war rages on between the hero and the demon lord. When their great magics collide, they explosively tear through into our world and kill a classroom full of high school students. These students are reincarnated in that alternate world, but our protagonist, a bottom-feeder in her previous life, was reborn as a lowly spider. She nevertheless faces this challenge head-on with great determination, and adapts to it surprisingly quickly.

This is the story of how our protagonist, Kumoko, who was reborn as a spider, did whatever she could to survive.

The verse is in total of medium power. Most Top Tiers have Mountain level Attack Potency and Durability, but are notably slow with only subsonic to supersonic speed.

Some of the God Tiers, in other words D and her Maid, have debatably Planet level power.

The verse shines through its hax, with many characters having techniques that circumvent durability to an extent, many of the top tiers being able to regenerate from their soul and techniques which can cancel opponents magic being common.

As typical for RPG type verses, many high level characters have tons of abilities and some amount of resistance against many different things.