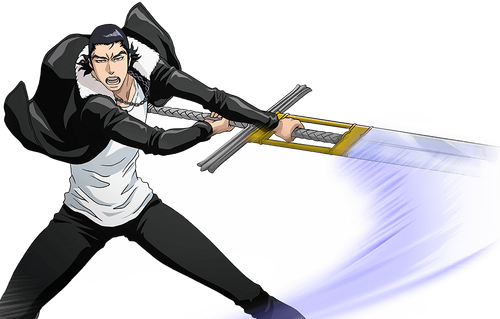 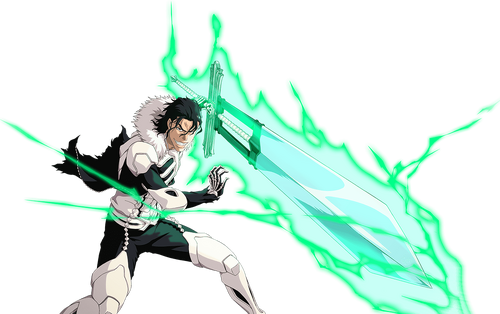 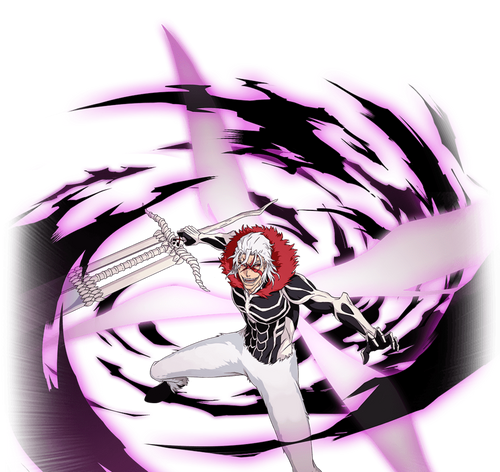 Age: Unknown, looks as if he is in his early-mid 30s

Powers and Abilities: Superhuman Physical Characteristics, Expert Swordsmanship, Hand-to-Hand Combatant, Pseudo-Flight, Spiritual Awareness (Can see invisible spirits and objects), Extrasensory Perception (Can sense beings with Reiatsu), Can take his reiryoku and exert it as reiatsu, Statistics Amplification (Can use Shunpo or Bringer Light to boost his speed), Transformation (With Shikai and Bankai), Can fire slicing blasts of Reiatsu as well as energy beams, Can absorb the power of other Fullbringers as well as transfer this power onto other Fullbringers, Soul Manipulation (Fullbringers can manipulate the souls of objects), Non-Physical Interaction (Can harm and interact with intangible spirits and objects), Overwhelming Aura (Spiritual pressure can passively induce ailments ranging from paralysis to fear inducement), Resistance to Soul Manipulation, Limited Resistance to Extrasensory Perception when using Bringer Light (Using Bringer Light makes the user harder to sense)

Stamina: High, able to take the full brunt of the explosion caused by Ichigo's Fullbring completing and still being able to stand afterwards

Range: Extended melee range with his sword, at least hundreds of meters in stronger forms, or using techniques like Getsuga Tenshō

Intelligence: Kūgo is a skillful swordsman, being able to hold his own against the likes of Tsukishima and Ichigo Kurosaki, having defeated the latter twice, though he lacked his Shinigami powers at the time. In addition to this, he was also able to take on the combined might of Jackie, Riruka, Giriko and Shishigawara using just his sword skills.