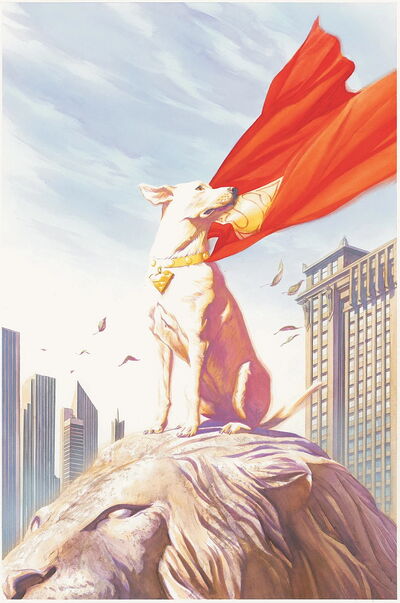 Krypto the Superdog is Superman's pet, a Kryptonian creature with incredible powers and the appearance of a dog. Growing up alongside Superboy, he was raised in Smallville on the Kent Farm, although he later lives in Metropolis with Clark Kent and Lois Lane. He has been a member of Team Superman, the Legion of Super-Pets and the Space Canine Patrol Agents. Krypto was created by Otto Binder and Curt Swan, first appearing in Adventure Comics #210.

Start a Discussion Discussions about Krypto the Superdog