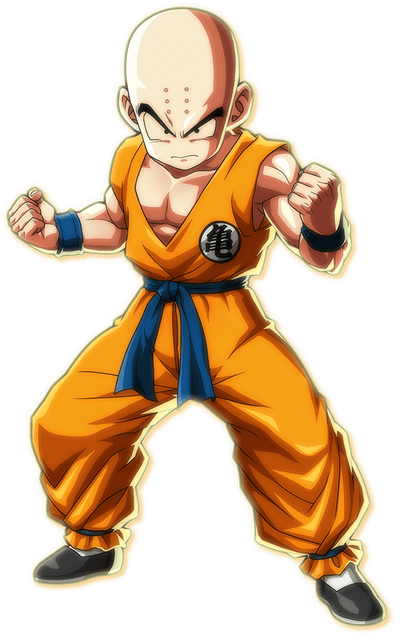 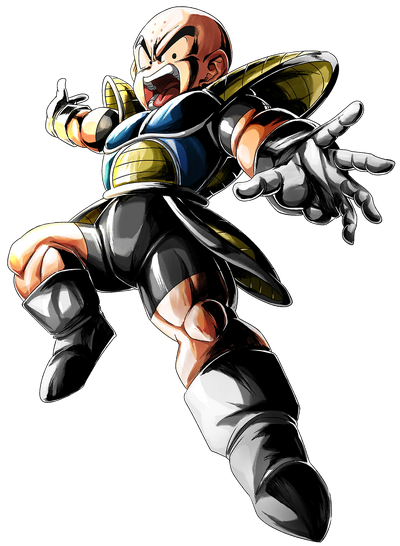 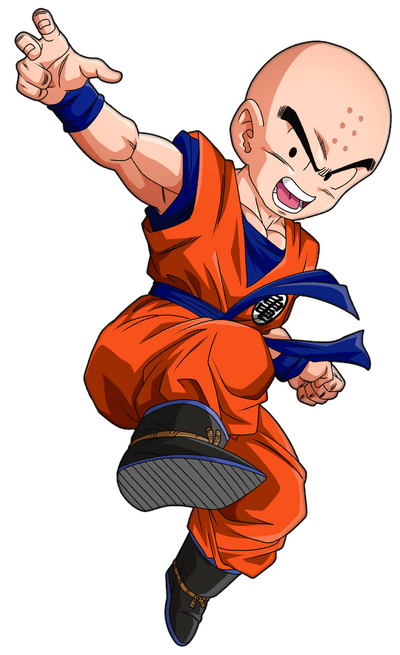 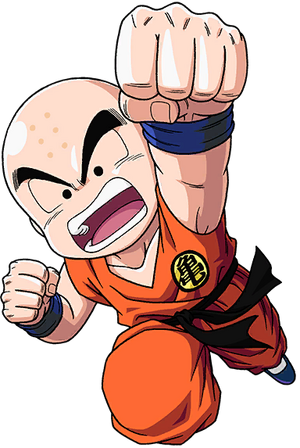 Krillin is a former monk of the Orin Temple who ran away to train under Master Roshi, eventually doing so alongside Son Goku, who would grow to become his best friend.

Powers and Abilities: Master Martial Artist, Superhuman Physical Characteristics, Acrobatics, Accelerated Development (Training; Physical Stats, Abilities), Ki Manipulation (Can be used defensively and offensively, to strengthen his skin or to fire ki blasts, which can home in on targets, and form defensive barriers), Ki Sensing (Can locate others by reading their ki), Flight, Shockwaves Generation, Light Manipulation (Can create flashes of light to blind opponents, with his most powerful take on the technique negating even Ki Sensing), and Limited Body Control (With the Balloon Technique, which slows Krillin's descent in the air), Resistance to Fragrance Manipulation (Doesn't have a nose, which was shown to make him unaffected by the stench of Bacterian)

Attack Potency: At least Wall level (Should be somewhat comparable to Goku at the time) | At least City Block level (Should be superior to Tao Pai Pai, and managed to put up a fight against Goku) | Likely Mountain level (Superior to Yamcha and somewhat comparable to Tien Shinhan) | Planet level (One-shot four Saibamen, and his Kienzan would've cut Nappa in half had it landed) | Planet level (After having his potential unlocked, he was approaching Saiyan Saga Vegeta's power level and he only got stronger over the course of the fights on Namek), Dwarf Star level with Kienzan (Cut off second form Frieza's tail) | Large Star level (Comparable to Tien, who can destroy parts of the Katchin arena, making him stronger than base Gohan during the Buu Saga, and fought and harmed Shosa alongside Android 18)

Intelligence: Having been trained in the Turtle School alongside Goku by Master Roshi from an early age, Krillin is an exceptionally skilled martial artist with decades of combat experience. Lacking the Saiyan blood, sheer strength, and genius of Goku, Krillin instead depends on his tactical smarts, intelligently and practically putting his skills to use to survive against much stronger opponents. He has developed a number of techniques for this purpose.

Weaknesses: Krillin cannot survive in the vacuum of space.

Ki: The fighting power and life force of a martial artist, a tangible energy derived from the user's vigor, courage, and mind. It can be used in a number of ways, such as to surpass the limits of one's body to greatly increase in strength, and it can be fired as blasts of energy or used to create defensive barriers. Learning how to use ki at an early age, Krillin is now very skilled in its use, and has been called the strongest human on Earth, something that doubtlessly stems from his training under many martial artists and the potential he had unlocked by Grand Elder Guru.

Note: Krillin is only accepted as comparable to a heavily suppressed Android 18 before the Tournament of Power in Dragon Ball Super.