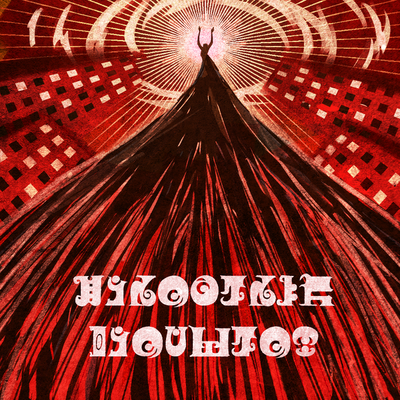 Kriemhild Gretchen is the witch form of Madoka Kaname, and when born outclassed every witch known in history, including the once though all-powerful Walpurgisnacht. She stands several kilometers tall, easily taller than the Supercell clouds left by Walpurgisnacht. If left without opposition, she will eventually destroy the world.

Ultimate Kriemhild Gretchen is the witch form of Ultimate Madoka, however, had yet to grow to its full potential. Because of this, it was originally defeated by Ultimate Madoka before it could pose a threat. However, it was discovered that Ultimate Kriemhild Gretchen had in fact survived Ultimate Madoka's conceptual manipulation and attack, and had lied inside Homura's shield, which had now replaced her pocket universe with access to the World of the Witches, the former multiverse of Madoka Magica, plotting her eventual return while exceeding her previous power by an extreme amount.

Tier: At least 5-B | Unknown, eventually became 2-A

Attack Potency: At least Planet level (Far superior to her fourth timeline magical girl form, who one shot Walpurgisnacht. Stated to be able to create a barrier that would absorb the Earth whole, with the barrier itself being larger to an unknown extent) | Unknown (Was bigger than the Earth as her arms were able to enwrap the entire planet and even then, she was continuing to grow larger. Orders of magnitude above fourth timeline Kriemhild Gretchen), eventually became Multiverse level+ (Immensely above the peak of the Avatar of Calamity, who was created merely as a side effect of Ultimate Kriemhild Gretchen's curses)

Speed: At least Massively Hypersonic+ (Should be superior to her fourth timeline magical girl form.) | Sub-Relativistic (Even before being born, as a comet grief seed she managed to fly from space to Earth, and upon being born, her arms grew to entrap the Earth in almost a second), eventually became Immeasurable, possibly Omnipresent (Eventually became at least comparable to Ultimate Madoka in speed, who transcends linear time, and is implied that she keeps fighting her, but it is unknown whether or not she would become Omnipresent if it wasn't for Ultimate Madoka's influence)

Range: Unknown, at least Planetary | Large Planetary (Was affecting the Moon from Earth) eventually became at least Multiversal+ (Her power was spreading from a timeline in a no longer existant multiverse to the multiverse during Wraith Arc. She would have been able to completely access the World of the Wraiths had Ultimate Madoka not restricted her.)

Intelligence: Likely Low as Kriemhild Gretchen (Has not shown any human level of intelligence as a witch, but has shown feeling and goes beyond primitive instinct in her actions.) | At least Average Human, possibly Nigh-Omniscient (Originally thought to be mindlessly bloodlusted, but her existence in the Wraith Arc suggests she knew about the fact that Homura Akemi's shield would protect her. Was shown to have Madoka's memories, which at the time would be Ultimate Madoka.)

The Interior of Kriemhild Gretchen. 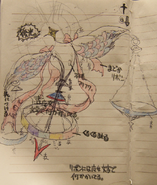 The sheer size of Kriemhild Gretchen.
Add a photo to this gallery

Maxwell (Scribblenauts) Maxwell's profile (Both were 5-B, Kriemhild Gretchen was used, and speed was equalized)