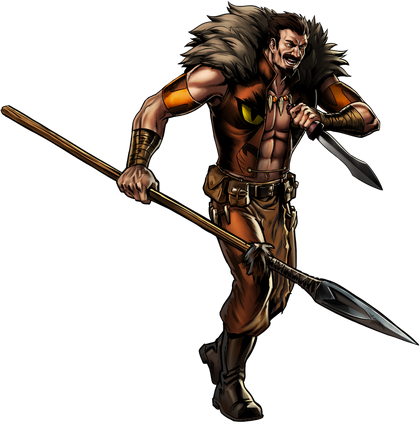 Sergei Kravinoff was known as a grand, Russian hunter who had hunted near every beast to have walked the Earth. This bored him, however, due to lack of challenge, and on advice from his half-brother, Chameleon, Sergei took off to America to hunt a more dangerous game: Spider-Man.

Intelligence: A very experienced hunter who is a master of strategy, tactics, poisons, animal taming and usage of several weapons.

Weaknesses: Somewhat bound by a code of honor.

Start a Discussion Discussions about Kraven the Hunter