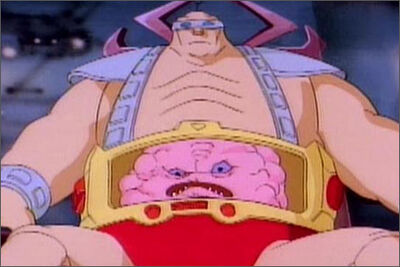 Lifting Strength: Below human level | Superhuman | At least Class 100 due to his sheer size

Durability: Below Average level | Building level (The turtles either needed explosives or a hacking device to take him down) | Large Building level due his sheer size

Intelligence: He has an IQ of 968, he has made doomsday devices and the Technodrome

Weaknesses: Overconfident, he is useless without his suit

Start a Discussion Discussions about Krang (1987)