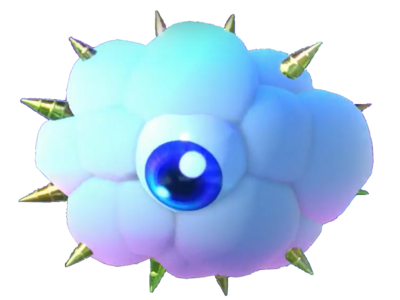 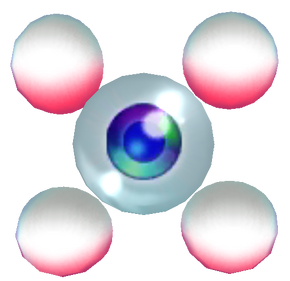 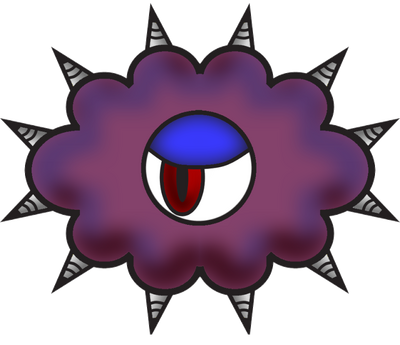 Kracko is a reoccurring boss from the Kirby series, present since Kirby's first game. He has, in one form or another, appeared as a boss in every Kirby platformer to date, with the exceptions of Kirby 64: The Crystal Shards and Kirby's Return to Dream Land.

Classification: Cloud monster, the thunderous troublemaker, Cycloptic Stormcloud, The cloud-spirit ruler of the skies, usually a boss and occasionally a mid-boss

Powers and Abilities: Superhuman Physical Characteristics, Flight, Non-Physical Interaction (Can harm Ghost Kirby), Longevity, Immortality (Types 2, 3 & 8. Can move as a smaller cloud without his eye and spines before quickly making them appear. Despite being defeated & destroyed countless times before, Kracko "will never give up the fight" as long as there is a sky, even in the far-flung reaches of space; An alternative dimension version of him was stated to be able to appear anywhere with a sky, whether it be a far-flung galaxy or another dimension, across all worlds), Regeneration (Mid-High. Exploded into nothing visible and can come back off-screen in the brief time from his defeat by Kirby to the latter's confrontation & victory over King Dedede; Kracko can keep doing so indefinitely as Kirby repeats the same challenges once done. Exploded into nothing visible, coming back off-screen in brief periods of time to fight Kirby again, did the same in his Reverge form; Can reform parts of his body in combat), Transformation (Can transform from Kracko Jr. to Kracko and from Kracko to his Revenge and DX forms), Absorption, Statistics Amplification & Empowerment (Can feed from the "energy of the sky" to have more power. As of Triple Deluxe, which took place high in the skys of Pop Star, he had more power than ever prior that game), Dimensional Travel & either Spaceflight or Teleportation (Can appear in areas with a sky, including outside of the universe and other planets. If the latter is done through flying then his whole body isn't necessarily doing it, but a small part of it or even a disembodied consciousness, it's unclear), Electricity Manipulation, Star-beam shooting, Paralysis Inducement (Can paralyze flippers with his lightning), Summoning (Can summon Waddle Doos, Starmen, Gordos, Co-Krackos, Twisters [Tornado enemies], Flamers and Flappers out of his body, along with other junk), Explosion Manipulation (Can drop bombs and explosive cannon-balls), Weather Manipulation, Size Alteration, Body Control (Can make large drills protrude from his body), Homing Attack, Air Manipulation, Water Manipulation, Duplication (Can create a duplicate of himself), Fusionism (Can merge himself with larger clouds), Attack Reflection (Demonstrated here), Danmaku

Attack Potency: Large Planet level (As a mid-boss or a boss, he is stronger than normal enemies such as Knuckle Joe, who can crack planet Pop Star, and Schwarzs, who can create black holes), up to Multi-Solar System level via Empowerment (Fed from the "energy of the sky" to have more power than ever in Triple Deluxe, putting him above his Revenge form in Revenge of the King from Super Star Ultra) | Multi-Solar System level (Fought Kirby after the latter defeated various foes in his level; Kracko's a mini-boss in a mode portrayed as difficult with the first mini-boss in it being more powerful than some of those foes on Kirby's level. His base form was portrayed as stronger than a casual Landia in Team Kirby Clash Deluxe, his Revenge form should be comparable, if not stronger. His DX form is above his base form in Triple Deluxe)

Stamina: Above average to high | Very High (Comparable to Kirby)

Intelligence: Average, possibly Above Average. Originally thought to be that of a normal monster, it has been shown that not only is Kracko capable of speech and of remembering his encounters with Kirby, but of feelings as well. He has existed since ancient times

Weaknesses: His eye. Ice and electricity can be used to damage Kracko when using his rain attack. 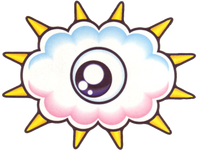 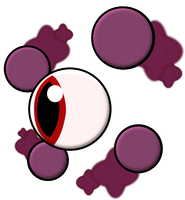