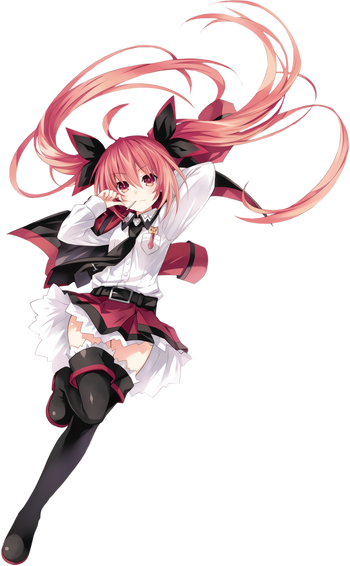 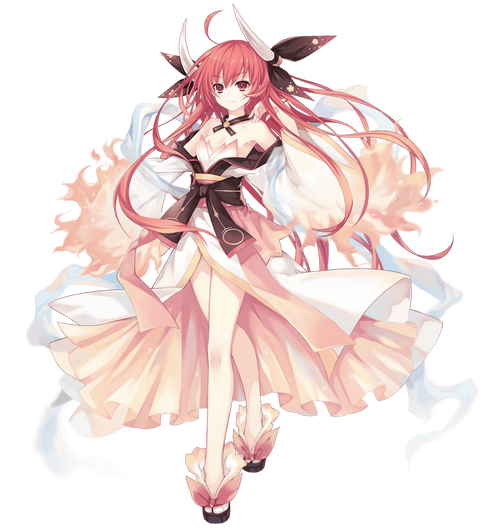 Kotori Itsuka (五河 琴里, Itsuka Kotori?) is one of the main female characters of the Date A Live series. She is Shido's foster sister and secretly works as the commander of the airship belongs to Ratatoskr, Fraxinus.

Attack Potency: Large Mountain level (Easily overpowered Origami equipped with White Licorice; casually destroyed several Kurumi clones that earlier overwhelmed sealed Tohka, Mana and Origami, A blast from her Megiddo was said to be akin to a massive volcanic eruption, the same blast blew off Kurumi's left arm and destroyed a quarter of her Zafkiel) | At least Small Town level when sealed (Comparable to other sealed spirits, destroyed a massive satelites which has been equipped with a strong barrier which repeled a blast from fraxinus)

Speed: At least Relativistic+ (Blocked attacks from Kurumi who accelerated herself with Aleph) | Relativistic+ when sealed (Comparable to sealed Tohka)

Lifting Strength: Class M (Comparable if not stronger than Origami)

Durability: Possibly Large Mountain level (Her own power doesn't seem to affect her. She is also unfazed by White Licorice's barrage attack, regeneration makes her difficult to kill) | At least Small Town level (All spirits can take blow from Wizards and Banderstaches) 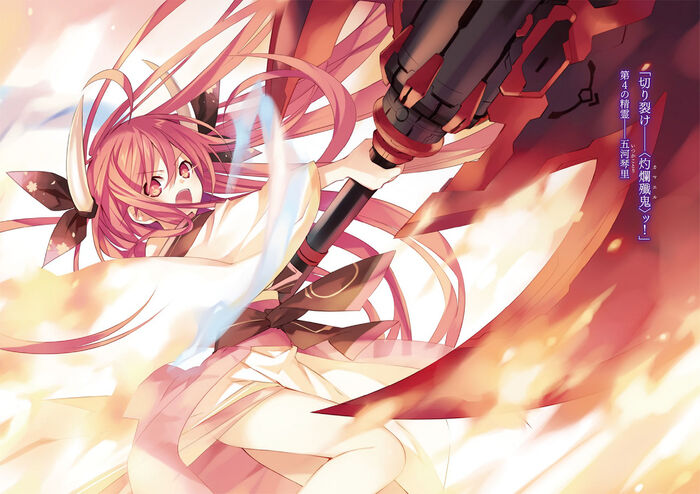 Kotori's powers are mainly based on fire, she can perfectly manipulate it, her angel Camael is an angel that increase her fire ability and use it in Hand to Hand fights.

Intelligence: High, as she is the commander of Ratatoskr and fairly good tactician

Weaknesses: She can only fight for a short time or she will go berserk. Her regeneration only works if her body finds the injury serious, meaning that she cannot heal an injury that can heal naturally.