For detailed information about this series, visit the KonoSuba Wiki. 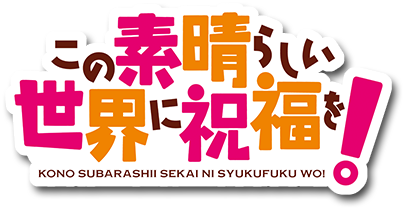 Kono Subarashii Sekai ni Shukufuku Wo! (God's Blessing to This Wonderful World!) is a light novel, manga, anime, and CD drama about a boy named Kazuma who dies. In the after-life (well the half-way point) he meets Aqua who gives him the option to enter the Fantasy Realm to take on the Demon King and save the Fantasy Realm from its impending doom. Kazuma decides to enter this realm and he was allowed to take one thing with him and he chose the goddess Aqua.

Konosuba is known for its take on the "stuck in a video-game" plot-line by turning the whole thing into a joke. The show makes fun out of cliches, itself, and many other things. The show's season one was among the top favourites of many for the winter anime season of 2016. A season two has been confirmed but its release date is unknown.

The verse is around Tier 8 to 7 from what has been shown with character capabilities. Most characters are moderate in power however Aqua is the powerhouse of the verse so far. Darkness' durability is rather high and there are many characters who get major advantages against specific opponents.

KonoSuba is surprisingly full of Hax-based characters, such as Vanir and Wiz. The verse also contains very broken abilities from the start as even regular and amateur priests have Existence Erasure and most demons and demon generals' ability to curse, which has a lot of applications such as Death Manipulation, Sleep Manipulation to Reality Warping.

The anime, manga, and light novel tell the same story but with little to no difference between them. The CD Drama are little stories that happen in between the story (such as Megumin asking Kazuma on a date). There are also around three spin-off series about things that happen before the events of the anime, manga, and light novel series which is based around Megumin. Mostly every little bit about the series can be counted as canon. 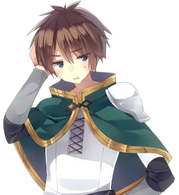 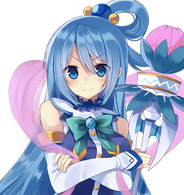 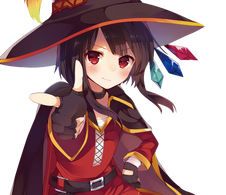 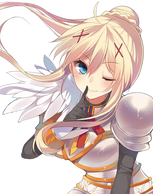 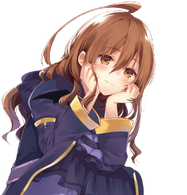 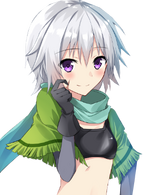 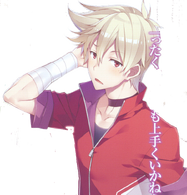 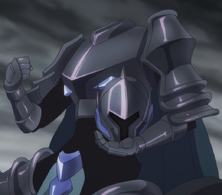 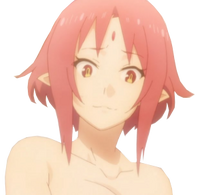 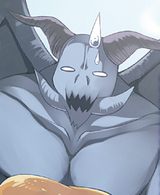 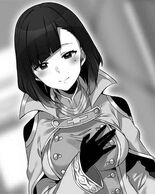