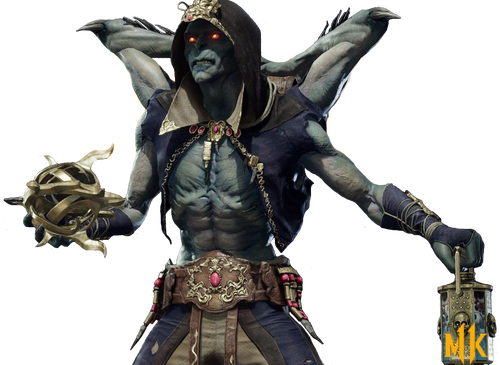 The Kollector is a mysterious character hailing from the Naknada race debuting in Mortal Kombat 11. He is one of Shao Kahn's servants and has a penchant for collecting riches (and body parts such as heads and hearts) for himself.

Tribute collector for the Outworld Empire. Born into poverty, the Kollector seized his imperial collections duty with a zeal that impressed Shao Kahn. He stole riches from Outworld’s people, rewarding himself with wealth and status in turn. He’ll kill anyone to keep it.

Powers and Abilities: Superhuman Physical Characteristics (Possesses superhuman strength allowing him to lift people over his head, rip heads off, rip others in half & resist the strength of 6 soldiers), Weapon Mastery (Able to use multiple weapons in a single combo by quickly switching through them), Dimensional Storage (His satchel can fit larger items), Magic (Skilled in sorcery), Fire Manipulation (Can generate green and blue flame), Telekinesis (Can recall his weapons & levitate them), Transmutation (Can turn objects into energy with his mystic beacon), Teleportation (Can teleport in a burst of fire), Chain Manipulation (Possesses magical chains and bolas), Weapon Creation (Can summon weapons from thin air), Absorption (His beacon can absorb items or suck people in), Attack Reflection (Can send back transmuted projectiles as an energy orb), Sealing (Can seal opponents into his satchel. His beacon can potentially be used to suck people in and seal them), Damage Boost (Can charge his weapons with magic for more damage), Smoke Manipulation (Can summon a burst of smoke), Mind Manipulation (Can lure opponents to his mystic beacon), Energy Projection (Emits energies from his hands and beacon), Explosion Manipulation (Has vials that can create magical explosions)

Speed: Superhuman with Supersonic+ reactions and combat speed (Reacted to Jade's attacks during their first encounter)

Lifting Strength: Class 5 (Easily rips off heads for his collection and can tear people in half), likely higher (Able to resist having his neck twisted by six soldiers with the help of a large restraint device. Can lift the large horned skull sitting behind the Koliseum throne) 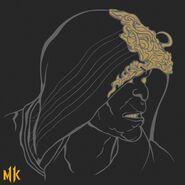 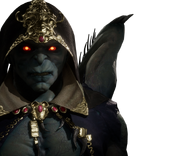 Kollector's select screen render.
Add a photo to this gallery

Retrieved from "https://vsbattles.fandom.com/wiki/Kollector?oldid=6119478"
Community content is available under CC-BY-SA unless otherwise noted.