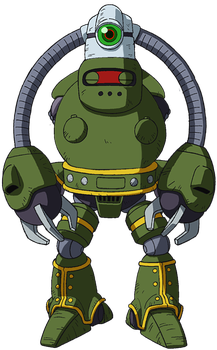 Stamina: Extremely high due to being a robot.

Intelligence: Gifted (Is the combination of three robots which likely possessed extreme levels of intelligence)

Start a Discussion Discussions about Koichiarator