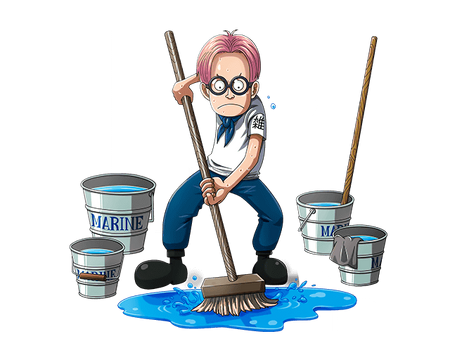 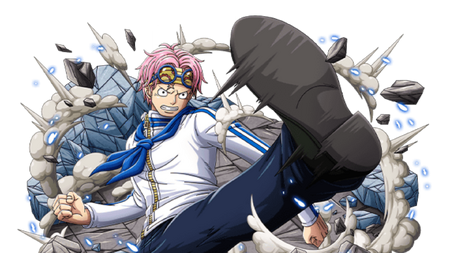 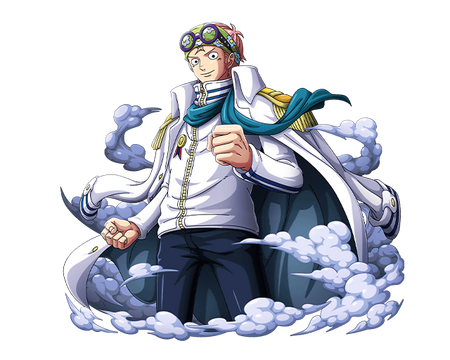 Koby is first introduced as a cowardly chore boy on board Alvida's ship. Through fear of being smashed by her Iron Mace, whenever she asked him who was the loveliest on the sea, he would reply, "You are, Miss Alvida". Eventually, with the help of Luffy, he found the courage to pursue his dream of leaving her and becoming a Marine.

Attack Potency: Unknown, At most Large Town level (A single kick from him caused Luffy to cough up blood. He was however quickly subdued and forfeit the fight before Luffy could hit him) | Unknown, Likely Small City level+ (His current status should put him at least at the same level as Tashigi post-timeskip)

Speed: At least Massively Hypersonic+ (Caught Luffy off guard with his Soru speed initially and evaded a punch from him at point-blank)

Durability: Likely Large Town level (Took a punch from Luffy at the Marineford Battle and recovered before its conclusion) | Unknown, Likely Small City level+ via powerscaling, higher with Tekkai (Scaling from Tashigi, and that he wasn't even phased by a massive torpedo exploding in front of him.)

Intelligence: He is kind and was somewhat cowardly. He didn't fight any of the pirates while present at the Marineford war out of fear, and later confronted Admiral Akainu about stopping the war due to seeing the death of so many marines and pirates to be pointless as they were merely throwing their lives away at that point. He is exceptional and had a lot of drive as he grew in strength exponentially during the training he endured under Garp. He became adept with the Rokushiki technique "Soru" in a matter of months.

Rokushiki: A special, superhuman martial arts style used primarily by members of Cipher Pol #9. It consists of six special techniques, Kami-e, Geppou, Rankyaku, Shigan, Soru, Tekkai. Pre time-skip Koby has only displayed the use of Soru, but as of post time-skip, he is confirmed to have mastered all 6 forms.