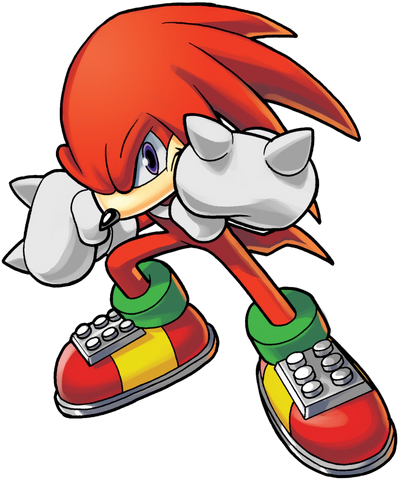 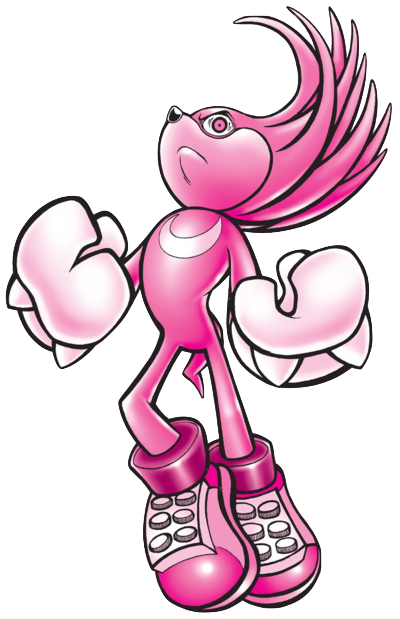 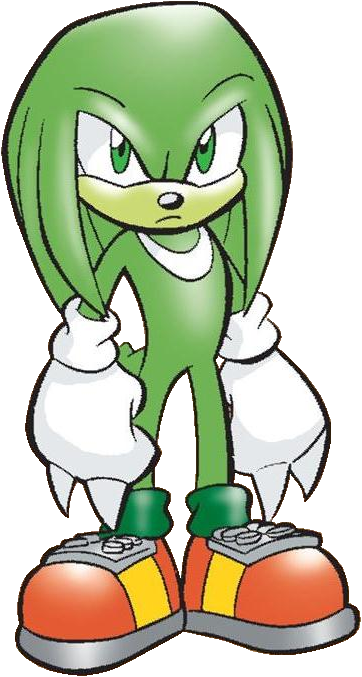 Knuckles is the last guardian of Angel Island and one of the main characters of the Sonic the Hedgehog comic series and its spin-offs. He was trained by his father Locke to assume the mantle of guardian by the age of ten and after his father left him, he considered himself to be the last Mobian Echidna. After few years, he discovered that he is not the last of his kind while many threats from all over Mobius threatened his home.

Superhuman Physical Characteristics, Self-Sustenance (Type 1), Gliding, Burrowing, Enhanced Hearing, Rage Power and Pain Inhibition (Has overcome pain from a collar meant to be overwhelming, and released dormant and primal Chaos Energy after losing control of his anger), Flight (Has been stated to be capable of flight), Martial Arts, Regeneration (Low-Mid), An intrinsic link to the Chaos Force, which grants him various powers such as Reality Warping, Teleportation, Mind Manipulation, Memory Manipulation,Healing and Statistics Amplification (Stated to be able to heal wounds and give himself a physical boost through Chaos Energy), BFR (Should be superior to Steppenwolf, who could BFR to the Twilight Cage using his powers, due to having a greater connection to the Chaos Force), Chaos Energy Attacks, Portal Creation, and Resistance to Precognition (Scaled from Turbo Tails, who had bypassed Mogul's sixth sense. The Super transformation runs on Chaos Energy, which Eggman described as fundamentally unpredictable and chaotic in nature)

All of the previous abilities on a massively enhanced scale, Possession (Easily took control of another echidna), Telepathy (Spoke to his father through his mind), Extrasensory Perception (Detected Merlin and Athair‘s astral projection when they were not visibly present), Higher-Dimensional Existence, Large Size (Type 9), A direct and powerful link to the Chaos Force, allowing him to use his abilities to the fullest, Immortality (Types 1, and 5), Acausality (Type 4), Abstract Existence (Type 1), Cosmic Awareness, Self-Sustenance (Types 1, and 2), Non-Corporeal and Omnipresence (After becoming one with the Chaos Force), Constantly rising power (His power increases exponentially with each passing moment), Atom Manipulation

Attack Potency: Universe level+ (Roughly equal to Sonic who he has clashed with several times) | Multiverse level+ (Fought Master Mogul and stalemated Super Sonic, should be comparable to him fighting against Enerjack (Knuckles), who was weakened prior to the fight) | Multiverse level+ (Was stated by Aurora to had a power that rivaled the Ancient Walkers before becoming one with the Chaos Force, a realm outside the space-time of infinite universes)

Stamina: Extremely high (Can fight with Sonic and other characters without getting fatigued) | Limitless | Godlike, but can become tired if he uses his powers too much.

Intelligence: Gifted due to genetic enhancement (At only three years old, he was doing math at a high school-college level, also quickly picked on other vital subjects he would need in order to be a guardian such as history, geography, and science)

Weaknesses: Has trouble accessing the full extent of the powers available to him | None notable | His powers are unstable, and he has difficulty controlling them, to the point that he has hurt himself using his powers before.