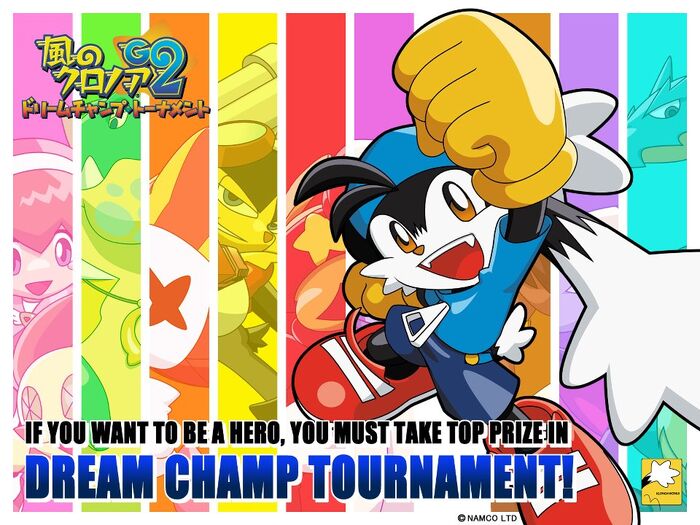 Klonoa is a video game series created by Namco and Klonoa Works, as well as the name of the titular character of the series. The games revolve around a young Dream Traveller named Klonoa and the troubled dreams he is transported to in order to restore peace and balance in them. Along the way he makes new friends and enemies, some of them becoming recurring characters. The games are set in different worlds, with the primary and most well-known ones being Phantomile and Lunatea. The franchise is known for being one of the first few 2.5D platformers since the PlayStation 1 era.

This verse's main setting revolves around dreams, which are actually full-fledged worlds and over a million of them exists. With it comes the Noctis Sol, who is the keeper of all these worlds and maintains order in them, as well as villains and monsters that will affect all those dreams such as Nahatomb(Door to Phantomile) and Tenebrae Hue. The verse also a being named the King of Sorrow, who nearly consumed and destroyed the entire planet with a powerful emotional force called sorrow. The verse also consists of dimensional travel and creation, reality warping, and a songstress named Lephise that can make a world renew and reborn with her singing voice. Overall, the verse is quite powerful despite its theme and obscurity.