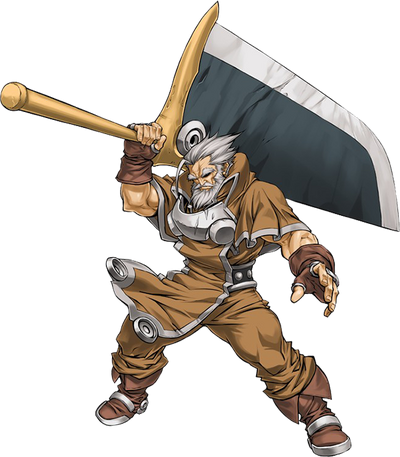 Speed: At least Massively FTL+, possibly Immeasurable (Can keep up with Justice)

Stamina: Extremely high (Fought a Hydra for one straight week in his younger days, battled Justice 17 times to a draw during the Crusades)

Intelligence: Excellent military commander, led humanity in the war for decades and personally trained one of the greatest tactical minds in the world, was the first Westerner to master the concept of ki.

Weaknesses: Is more capable in his younger self.