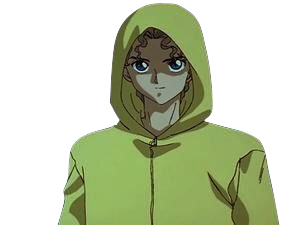 Kiyoshi Mitarai, or "Seaman", is a psychic from the Chapter Black saga of Yu Yu Hakusho. Originally an antagonist and member of the Sensui Seven, he later defected and joined Yusuke Urameshi and his allies.

Tier: 10-B, at least 9-C with Water Manipulation

Powers and Abilities: Water Manipulation (Can create water-based constructs by spilling some of his blood into water), Dimension Manipulation (The space within the water constructs exist in their own separate dimensions), Enhanced Senses and Non-Physical Interaction (Able to see and interact with spirits and demons normally invisible to the human eye)

Weaknesses: His power is dependent on how much, if any water is available, and how much of his own blood he uses.

Retrieved from "https://vsbattles.fandom.com/wiki/Kiyoshi_Mitarai?oldid=5036842"
Community content is available under CC-BY-SA unless otherwise noted.