VS Battles Wiki
Register
Don't have an account?
Sign In
Advertisement
in: Tier 8, Tier 8-A, Tier 7,
and 30 more 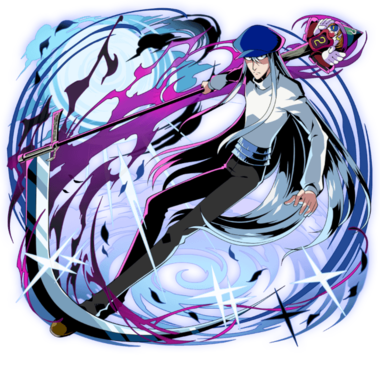 Kite (カイト, Kaito) was a Contract Hunter who was trained by Ging Freecss. After his death, he was reborn as Meruem's twin sibling and a member of the Chimera Ant Royal Family. He was originally named Reina (レイナ, Reina), after Colt's sister, but took to calling himself Kite once again.

Powers and Abilities: Superhuman Physical Characteristics, Nen Manipulation (Conjurer; Kite is a powerful Nen user. He can use all the basic and advanced techniques), Master Hand-to-Hand Combatant, Afterimage Creation, Weapon Mastery (Kite can use blunt weapons, firearms, scythes, and swords), Limited Animal Manipulation (Like Gon, Kite is good with animals), Subjective Reality and Summoning (Kite's can conjure a clown called Crazy Slots, which conjures a random weapon from 1-9), Limited Smoke Manipulation with Scythe (When conjured, his Scythe produces smoke), Resurrection (Ging stated that Crazy Slots was how Kite was reincarnated as Meruem's twin sibling, when he is determined not to die a certain number comes up), possibly Spatial Manipulation and Law Manipulation (Kurapika stated that it was a forte of Conjurers to create or detach a space and impose laws), Immense Pain Tolerance (Unfazed by having his arm ripped off)

Attack Potency: Multi-City Block level (Killua stated that both he and Gon were weaker than a one-armed Kite), up to Small Town level with Ryu, Ko and Crazy Slots (He can swing his scythe with enough force to decapitate dozens of Chimera Ant Officers and bisect large trees. He could kill Chimera Ant Squadron Leaders in one-shot. He held off and slightly damaged Neferpitou long enough for Gon and Killua to escape)

Speed: High Hypersonic+ (Is faster than Neutral Chimera Ant Arc Gon and Base Killua. Rammot was unable to keep track of him. His arms can leave afterimages), possibly Massively Hypersonic (Was able to keep pace with Neferpitou)

Durability: Multi-City Block level, up to Small Town level with Ryu and Ko

Stamina: Immensely High (Kite is able to run long distances alongside Gon and Killua without tiring. He was able to fight and slightly damage Neferpitou even with the loss of his arm and the presumed shock of blood loss, his stamina exceeds those of Hunter Exam participants and lower tier Hunters such as Binolt)

Standard Equipment: None Notable but he was seen to use Tachi (When he first met Gon, Kite used a long, slightly curved katana as his primary weapon. It has a black scabbard and a matching hilt without a tsuba. He carried it by hanging it to his left shoulder through a piece of thread attached to the koiguchi (scabbard mouth). He used it to kill the foxbear that was attacking Gon)

Intelligence: Above Average. Kite is a highly skilled Nen user whose skill was acknowledged by Ging Freecss. Kite is able to accurately assess the risks of a mission, and come up with countermeasures to cope with dire situations. He seems particularly knowledgeable about biology, enough to convince a corporation to enlist him to do an important biological survey in Kakin.

Weaknesses: Kite cannot dispel a weapon given by Crazy Slot unless he uses the weapon. The weapon generate is completely random and Kite has no say on what he gets. With his scythe, he can only use one move, Silent Waltz. Zetsu involves keeping one's aura exclusively in the body, it makes a Nen user more vulnerable to physical and Nen attacks, because one doesn't have any aura on the outside of one's body to protect oneself.

Nen: Kite is a formidable Nen user being able to use all the basic and advanced techniques 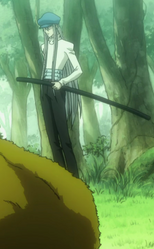 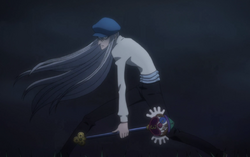 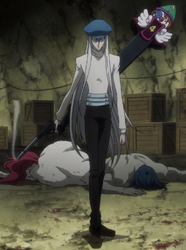