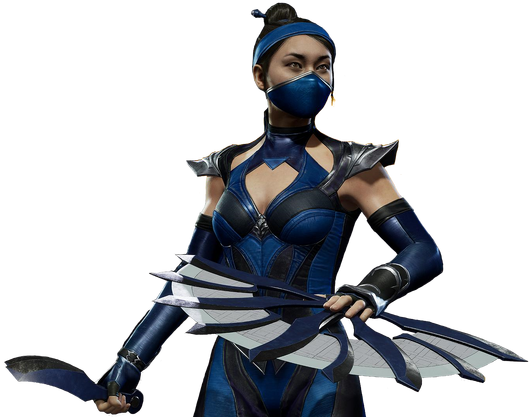 A princess of the realm of Edenia, Kitana was raised as the daughter of Shao Kahn after the Outworld emperor conquered Edenia and forced Kitana's mother, Sindel, to become his queen. Kitana was one of Shao Kahn's top assassins but was never as bloodthirsty as he preferred.

When Kitana learned that Shao Kahn was creating evil clones from her DNA in order to replace her, Kitana rebelled. She fought on the side of Earthrealm against Outworld's invasion and died defending it. Her soul was collected by Quan Chi, who created an evil "revenant" version of Kitana. She now serves Quan Chi and the Netherrealm.

Classification: Princess of Edenia (former), Kahn of Outworld | Undead, Servant of Kronika, Empress of the Netherrealm

Range: Standard melee range. Extended melee range with her fan and staff. Tens of meters when throwing her steel fans and razorangs.

Intelligence: Above Average (Competent tactician considering she's the next in line of the Edenia; highly skilled assassin) 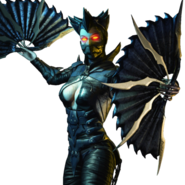 MK9 Kitana
Add a photo to this gallery