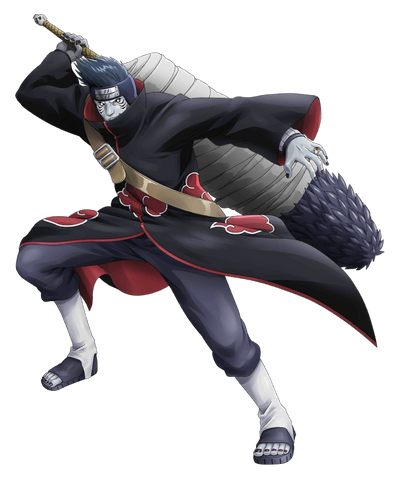 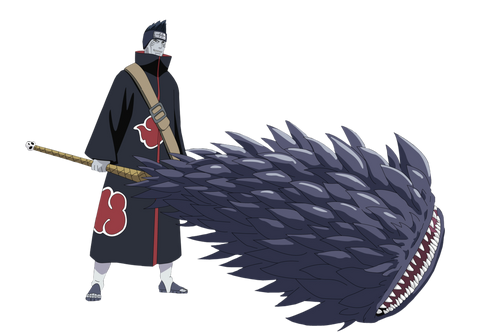 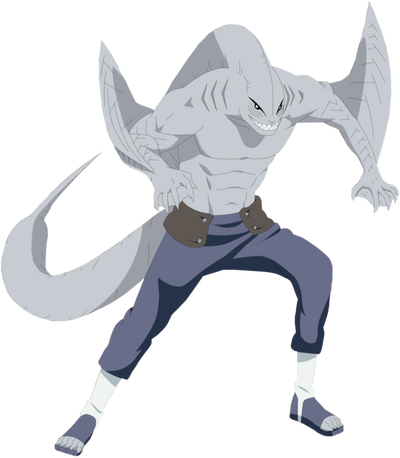 Kisame Hoshigaki (干柿鬼鮫, Hoshigaki Kisame), feared as the Monster of the Hidden Mist (霧隠れの怪人, Kirigakure no Kaijin), was an S-rank missing-nin from Kirigakure's Seven Ninja Swordsmen of the Mist and was partnered with Itachi Uchiha when the latter joined Akatsuki.

Attack Potency: At least Town level (Gai had to activate the sixth gate to defeat a clone of himself, who had only 30% of his chakra) | At least Mountain level+ (Matched and is comparable to Version 2 Killer B and absorbed most of his chakra with his Samehada)

Speed: At least Massively Hypersonic+ (A weakened clone of his was able to keep up with Might Guy. Able to battle evenly against base Killer B) | Sub-Relativistic (Able to move faster than Killer B's V2 form in water)

Lifting Strength: At least Class G (Broke apart Yamato's stocks reinforced with Wood Release while he was injured and weakened, is one of the physically strongest characters, and is much stronger than Jirobo)

Stamina: Extremely high (He has chakra amount comparable to a Tailed Beast, and his chakra reserves at 30% were compared to Naruto's)

Intelligence: Very observant and not reckless despite being a fight-loving brute.

Weaknesses: Relies on his sword in base form; his regeneration ability relies on how much energy Samehada has drained.