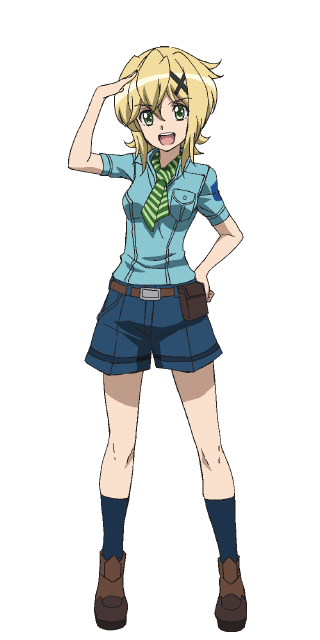 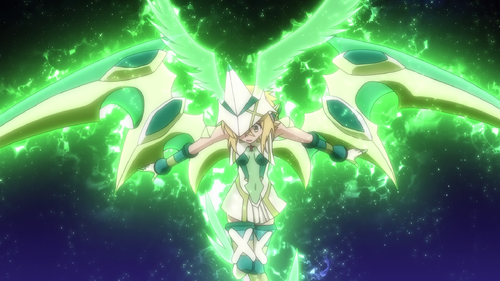 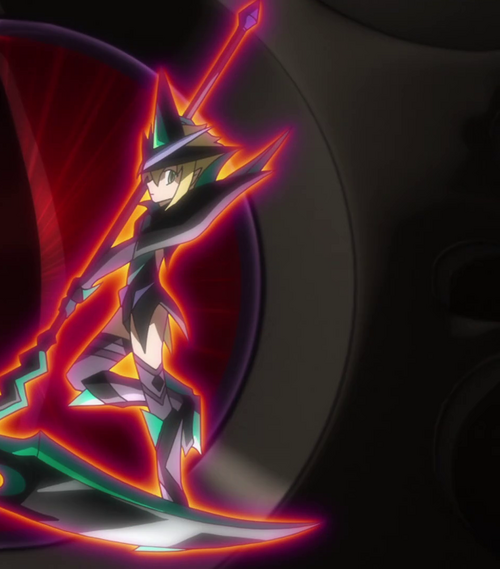 Kirika Akatsuki (暁 切歌 Akatsuki Kirika) is one of the six main characters of the Senki Zesshō Symphogear series.

Introduced as an antagonist in GX, Kirika later becomes one of the six protagonists of the series. She is a Symphogear user and wields the Igalima relic.

Attack Potency:  Moon level (Can fight against the main cast), at least Small Planet level with X-Drive (The girls were capable of destroying the Nephilim right before it gained enough power to evaporate the Earth) | Planet level, higher with Ignite Module, Large Star level with X-Drive (The girls defeated Carol Malus Dienheim, who created an explosion comparable to a supernova) | Multi-Solar System level, Possibly Galaxy level (Fought against and defeated Alca-Noise that were capable of creating their own pocket dimensions fit with their own stars, planets, nebulas , and possibly galaxies. Fought against Adam Weishaupt, who single-handedly absorbed all the divine energy from the constellation of Orion), higher with Ignite Module

Lifting Strength: At least Class K (Managed to lift an airplane with some help from Shirabe Tsukuyomi)

Weaknesses: She need to rely on the use of LiNKER to use her Symphogear without harming herself, and yet it is very stressful for her.