Kino's Journey, is a Japanese light novel series written by Keiichi Sigsawa, with illustrations by Kouhaku Kuroboshi. The series follows a traveler named Kino and her talking motorcycle named Hermes, as they explore countries with unique customs and people around a mysterious world, only spending three days at each location. The series originally started serialization in volume five of MediaWorks' now-defunct light novel magazine Dengeki hp on March 17, 2000. The first volume of the series was published on July 10, 2000, by ASCII Media Works under their Dengeki Bunko publishing imprint. As of July 2019, 22 volumes have been published, and around 8.2 million copies of the novels have been sold in Japan.

The protagonist, Kino, accompanied by a talking motorcycle named Hermes, travels through a mystical world of many different countries and forests, each unique in its customs and people. She only spends three days and two nights in every town, without exception, on the principle that three days is enough time to learn almost everything important about a place while leaving time to explore new lands. Kino says in The Land of Visible Pain that this principle is probably a lie, specifically noting "if I stay any longer, I'm afraid I will settle down." The recurring theme of the anime and novels is described by the phrase, "The world is not beautiful, therefore it is [beautiful]." Kino's Journey explores what the anime director Ryūtarō Nakamura described as "a radical sense of 'beauty,'" and brutality, loneliness, nonsense, oppression, and tragedy are often juxtaposed against compassion and a fairy-tale atmosphere.

Technology in this world exists, sometimes to the level of science fiction, although anachronisms are common (for example, the same land that has talking robots also appears to have phonographs, yet simultaneously the world has only begun to develop heavier-than-air flight). The level of technology also varies from country to country. The world is not heavily magical (the only "magical" elements include land that moves, a talking motorcycle, and a talking dog), although it has a certain fairy-tale quality.

The verse is not powerful but there are some skilled characters that tiered in Street level to Wall level and interesting reaction speeds which put it in Subsonic. 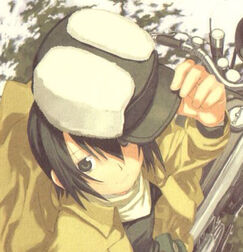 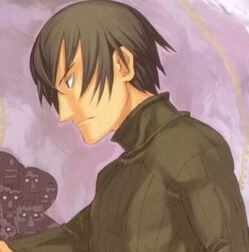 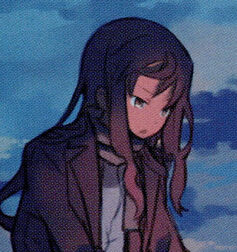 Master (Shishou)
Add a photo to this gallery