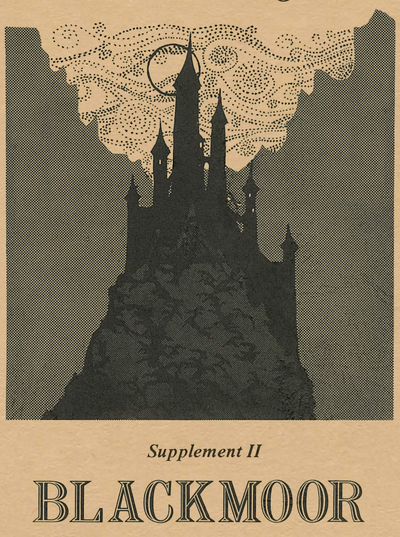 An ancient nation that predates the modern world of Mystara. Possessing hyper-advanced technology, Blackmoor was able to construct weapons of enormous destruction and objects of incredible power. Prideful and arrogant, eventually they destroyed themselves when a nuclear reactor went critical and destroyed the majority of their civilization. The survivors of Blackmoor would colonize another planet, but like before their arrogance resulted in their destruction.

Civilization Type: Either Post-Industrial or Planetary

Name: Blackmoor or The Kingdom of Blackmoor

Territory: At least a couple thousand miles. The exact size however, is not documented.

Attack Potency: At least Small Building level (Can create energy guns capable of shooting blasts equal to the fireball spell) | Town level, possibly Small City level (Created the Earthshaker) | Small Country level (A nuclear reactor detonatedand created the Broken Lands) to Multi-Continent level (A large scale explosion caused Mystara's planetary axis to change, destroyed the entire Blackmoor civilization, and rained apocalyptic fire around the planet). Possibly Moon level (One of the proposed ways for Damocles to be destroyed was by a Blackmoor colony. The minimum energy to do this requires power on this tier) | Low Complex Multiverse level (Created the Dragonlord Arms. Weapons and Armor that allowed a man to fight multiple Immortal-level Dragons at once and win. For reference an Immortal is a fifth dimensional being that is capable of creating or changing entire five dimensional spaces)

Retrieved from "https://vsbattles.fandom.com/wiki/Kingdom_of_Blackmoor?oldid=5492851"
Community content is available under CC-BY-SA unless otherwise noted.