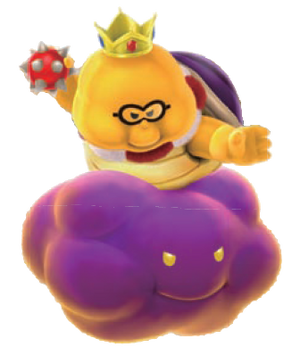 King Lakitu is the is the king and ruler of all the Lakitus. He is a boss in Super Mario Galaxy 2 and resides in Yoshi Star Galaxy.

Speed: Massively FTL+ (Can keep up with Mario and Yoshi)

Weaknesses: He will take a nap as soon as his opponent leaves his arena. His Spinies can be used against him

Retrieved from "https://vsbattles.fandom.com/wiki/King_Lakitu?oldid=6288584"
Community content is available under CC-BY-SA unless otherwise noted.